If you look back over the blog for the last month, there’s barely any posts since my last sisters update. And that’s because for the last few months, I’m pretty sure our house should have had a black cross on the door. The poor girls have had bug after bug after bug. And as a result there’s been very little sleep and not much getting done.

I’m pleased to report though, that they are all better now, and eating and sleeping for Britain to make up for lost time (as are Gary and I!)

So it’s been a quiet month here. We’ve been at home a lot with the girls either poorly, or resting and recuperating. And this month’s sisters photos reflect that. There are no autumn sunshine snaps here, all of our moments have been captured indoors, bar one.

Half term started well with the annual Zumbini Halloween party, which these two loved. Lottie hates anything changing her normal routine, so getting the witch’s dress on was something of an ordeal. She chose it, she loved it, but when it came to wearing it, she really wasn’t keen. But we decided to persevere as there will be times in her life where she needs to wear things she doesn’t necessarily want to. And I think it’s important that she knows that. Within half an hour, she was spinning round the living room, laughing at the skirt twirling around.

Frankie on the other hand, LOVED being a cat. She spent the entire morning shouting ‘eow’ (she doesn’t believe us when we say it’s meow). And showing her outfit to anyone who would look. I find it fascinating how very different two girls from the same parents, just 19 months apart, can be. I couldn’t get a picture of them at the party. And I know these pictures of my girls aren’t the best quality or even particularly insta-worthy, but I’m done with worrying about that. I’ll treasure them forever. 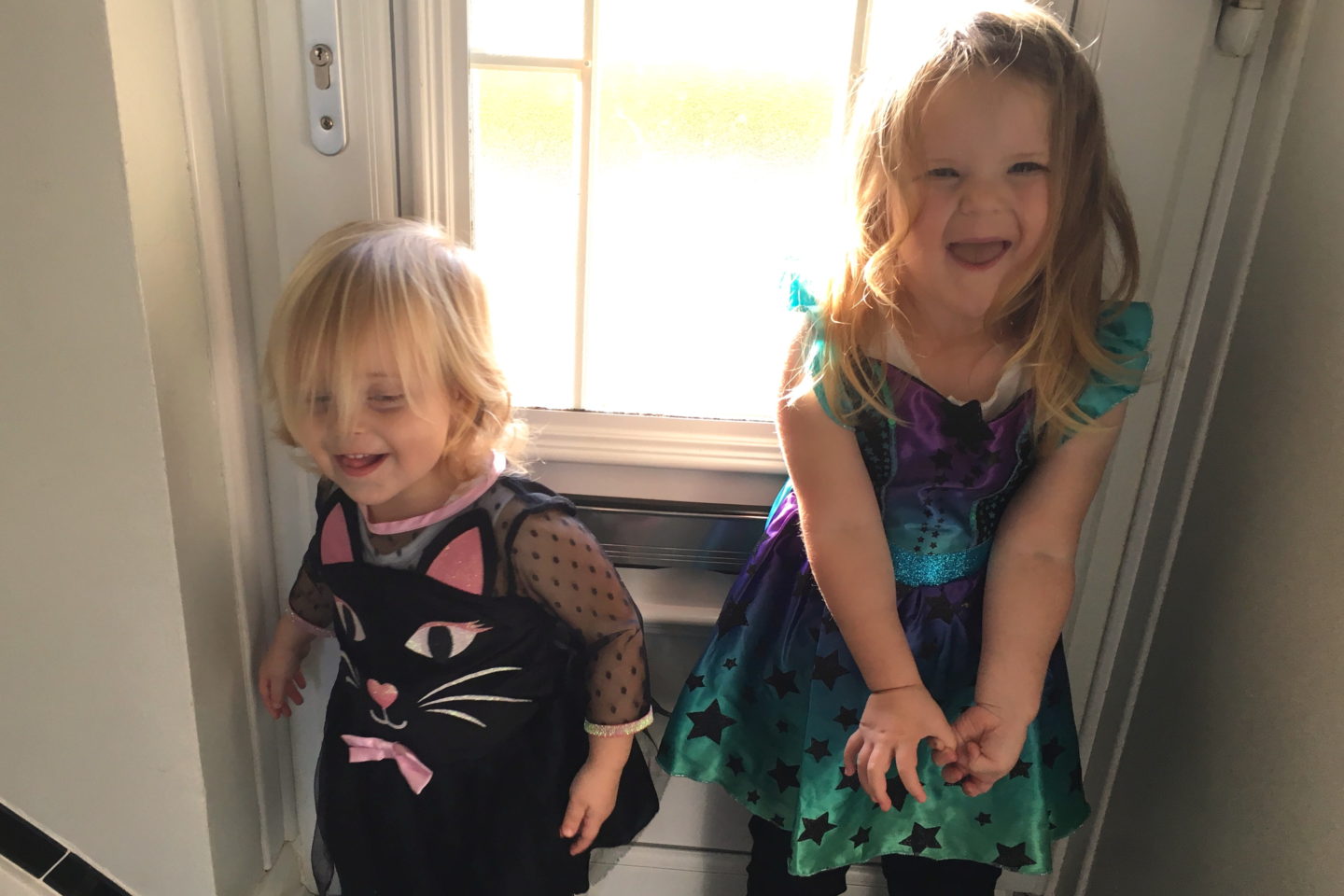 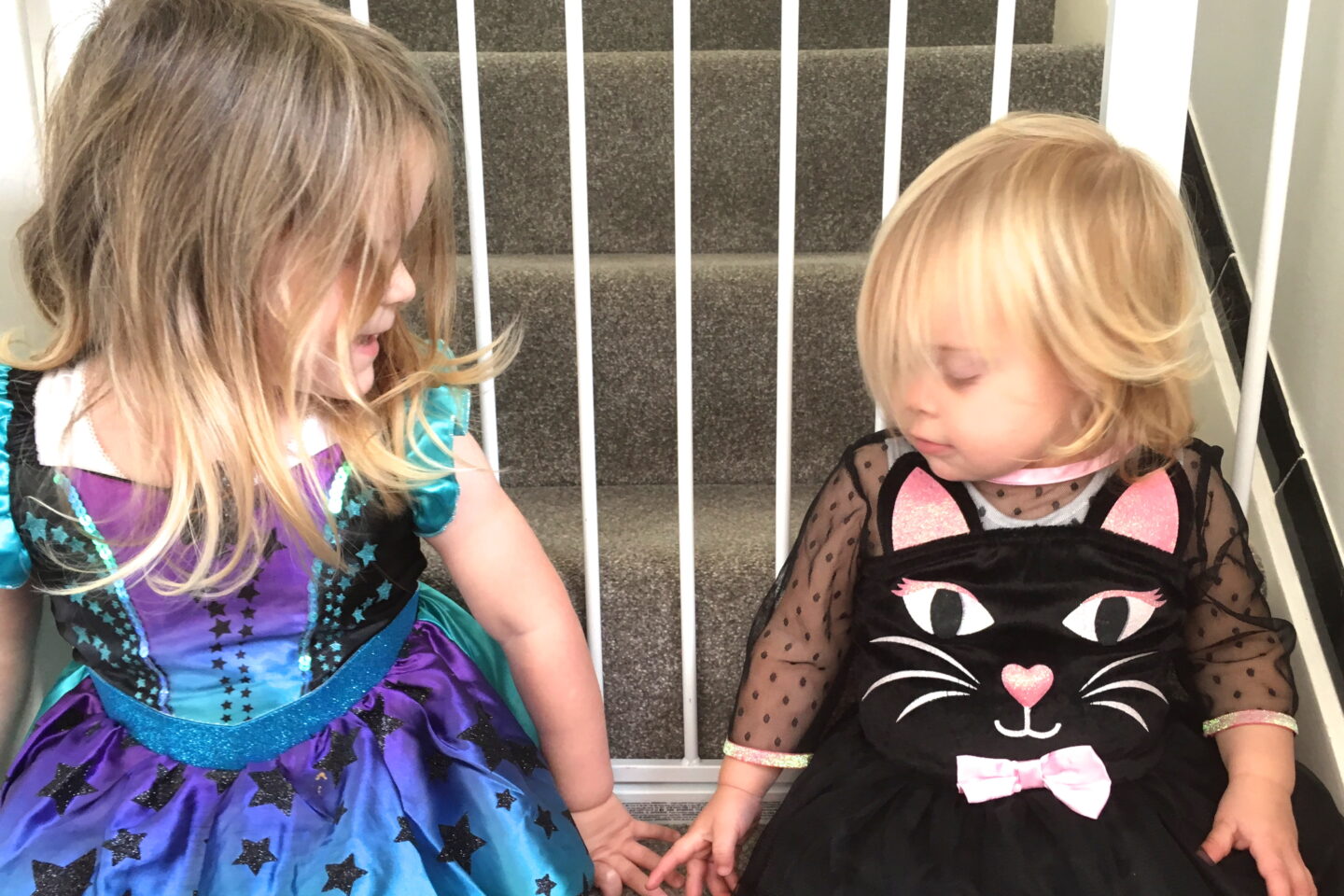 Being at home together such a lot seems to have really strengthened these two sisters’ friendship and rivalry in equal measures. I went into the lounge recently to find them each under a blanket, having a tea party together, and it melted me. But for all the cute moments, there are as many screeches and pushes, and arguments.

Frankie is going through a phase of stealing Lottie’s things from her (at least the hair pulling seems to have stopped, I suppose). And if she spots Lottie’s monkey unattended, she will make a bee line for it. She then runs away giggling, leaving Lottie distraught. I’m starting to learn these little naughty habits tend to fade as quickly as they arrive, so I’m not worrying too much about it.

On the whole, they are pretty hot on sharing at the moment. If one has something the other wants, they will tell her to share. So much so, that Lottie has nearly mastered saying the word! If either has two of the same thing, they will usually happily give one of them away. The trouble comes if there’s only one item.

Lottie’s always been really good at taking turns and Frankie is slowly learning from her. I’m really pleased at times like this, that we had more than one child, as it seems to be really helping them to interact and socialise. I’m not by any means saying it’s the only way, but it does make it easier sometimes.

Then they start screeching at each other and I wonder what on earth we were thinking! 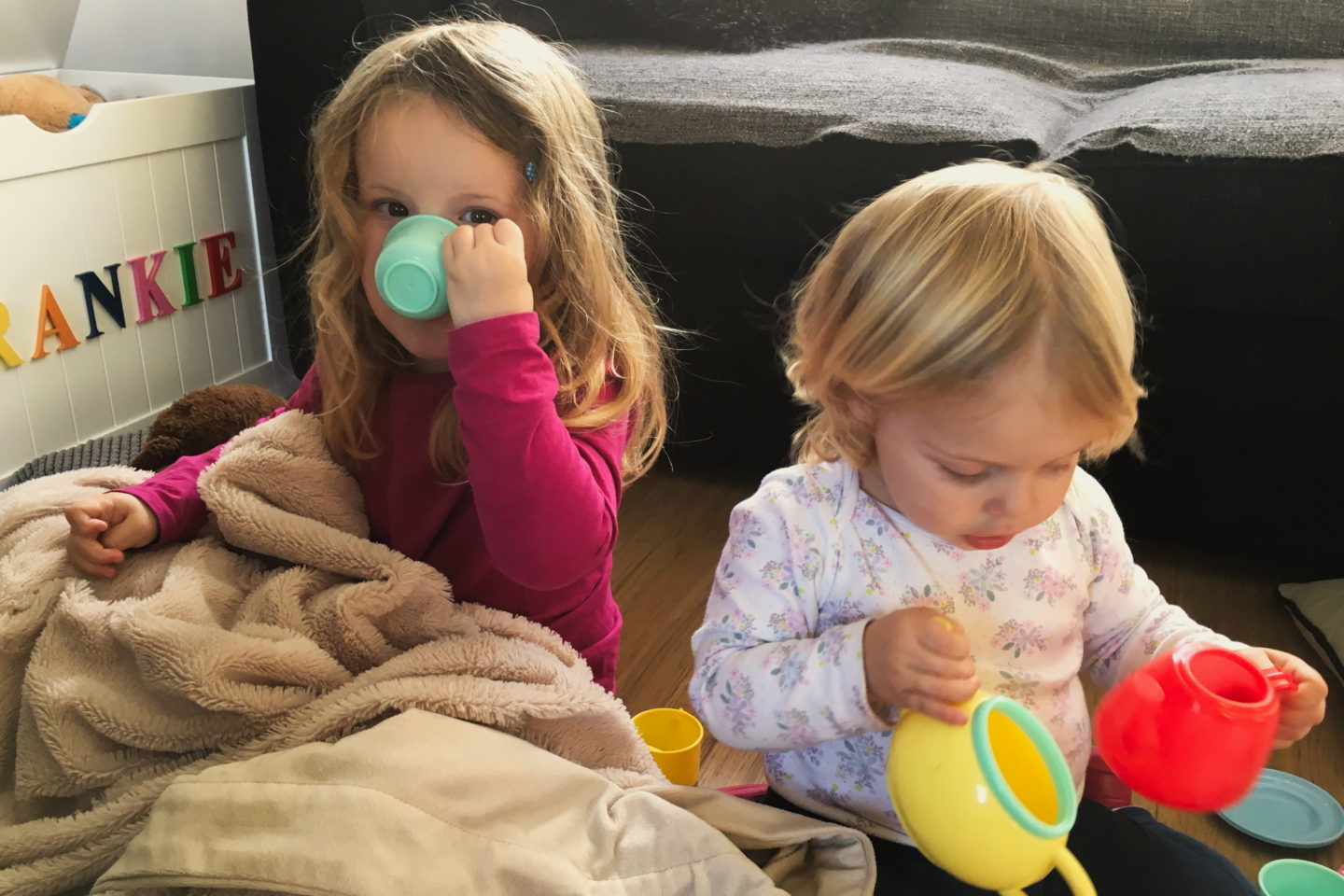 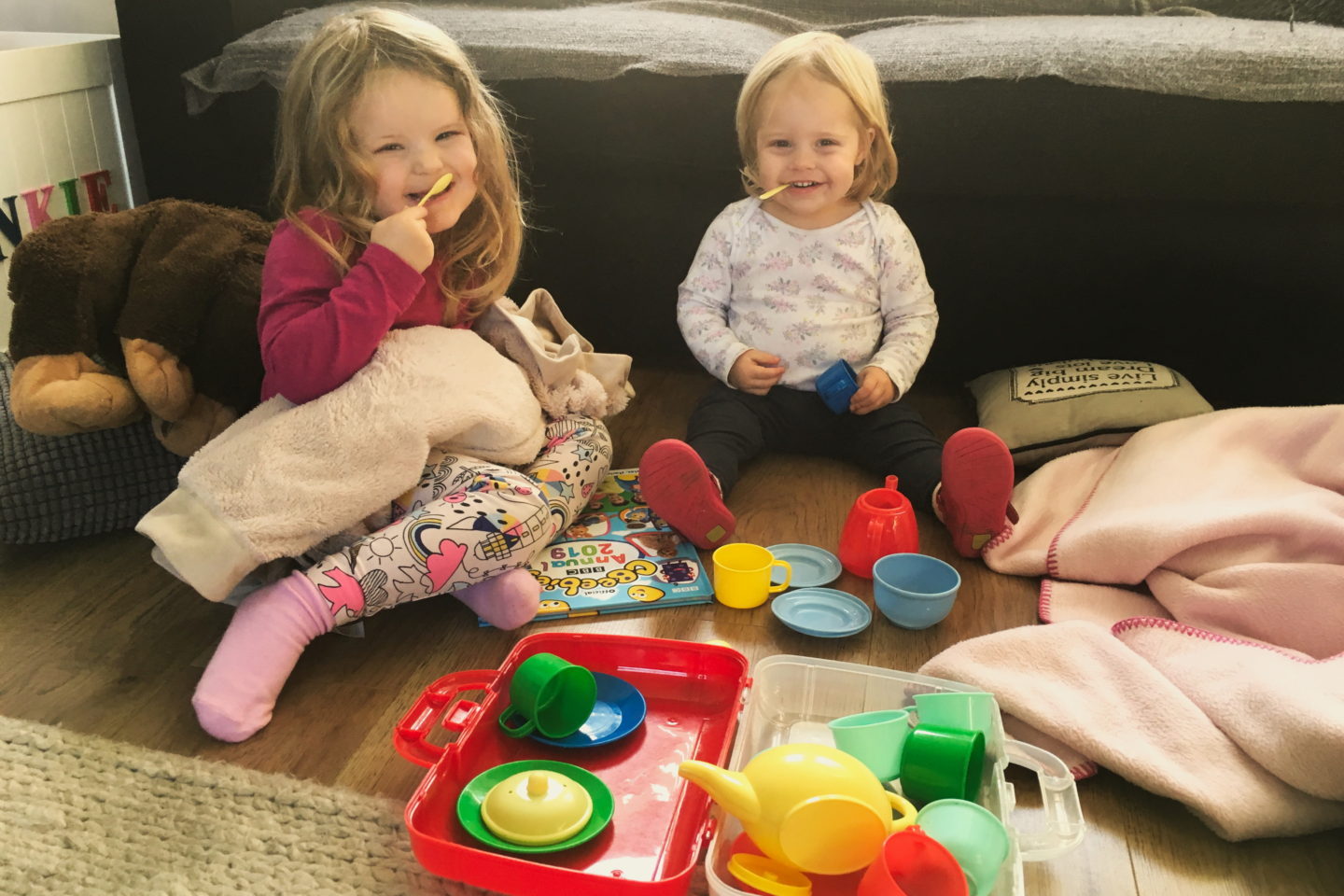 On the whole though, they have been playing nicely together this month, especially considering how cooped up we have all been. Lets hope for less germs, more sleep and more fun next month. 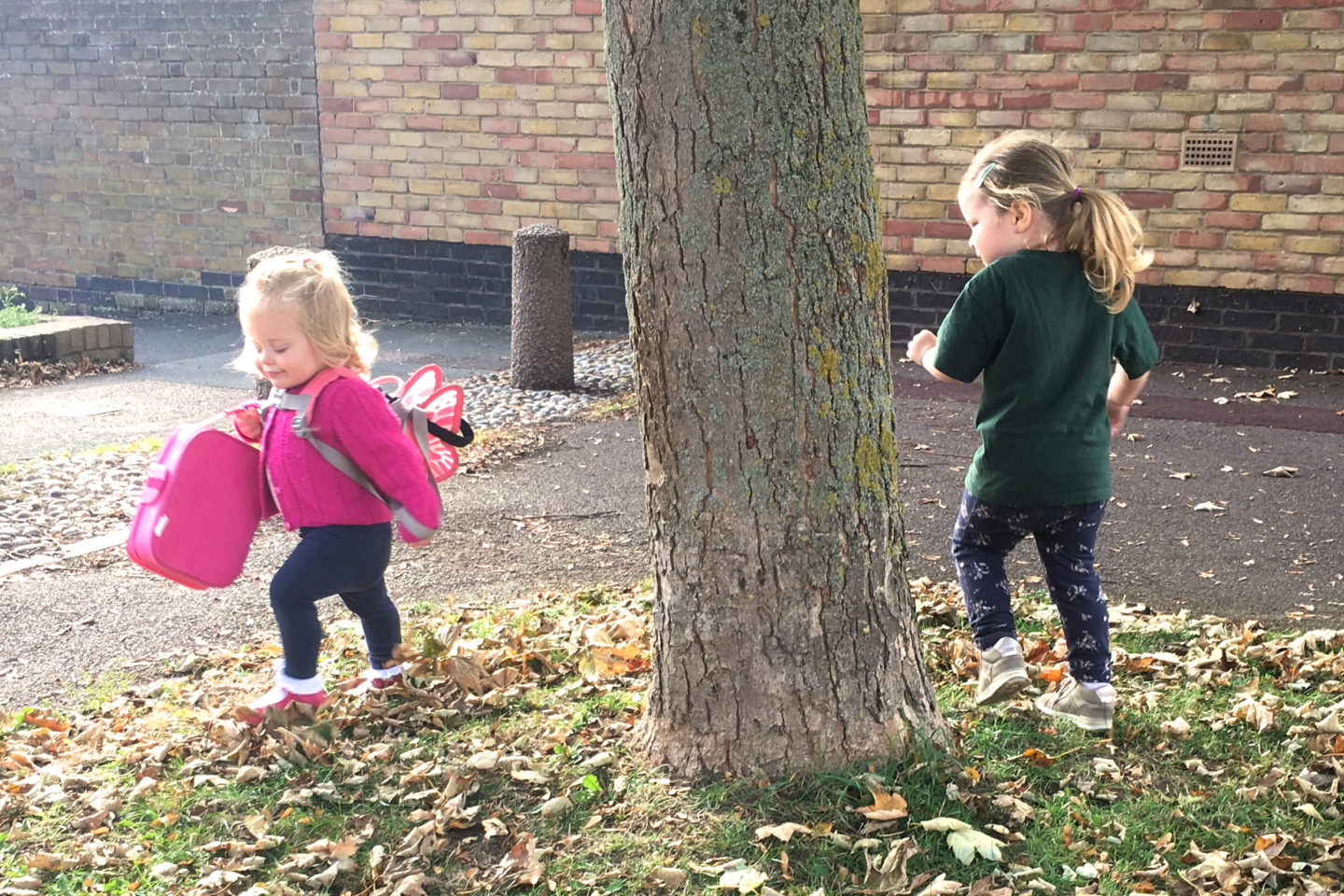