Mr M and I lucked out with our children and sleep. In fact, Lottie was known throughout our village as a baby for sleeping through a baby massage session. I could be jinxing things by writing this, but apart from the usual sleep regressions, teething, illness, etc, we’ve never really had a problem. That girl loves to sleep and she’s been known to have four-hour naps. #SorryNotSorry

Frankie has been hit and miss, but in the grand scheme of things, I’d be wrong to complain about them.

Over the last six months, though, Lottie has started to take a lot longer to get to sleep at night. She will fidget and grizzle for up to an hour before she drifts off. She has also started to bang her head on her cotbed.

Other than it being really quite annoying , and disturbing for Frankie, I really worry that she could hurt herself. By all accounts, head banging is a pretty common toddler habit, and one most children grow out of. They use it as a way of soothing themselves and feeling calmer.

At a recent paediatrician appointment, I asked if we should do anything about it, and the advice was to make her as safe as possible and leave her to it. It seems the more you try to stop it, the more it can unsettle them. But the doctor did suggest we try to find another sensory output to help soothe Lottie and distract from the banging.

Music was the first suggestion, so we changed the setting on her white noise giraffe, to the music option, which is a gentle jungle rhythm. Cue Lottie getting straight up and dancing in her PJs. Hilarious to watch on the monitor, but not exactly conducive to  a good night’s sleep.

The next sensory option was lights. I spent ages scrolling through various nursery lights to try and find one suitable, with not much success, when Summer Infant offered to send us a Slumber Buddy to try out.

Slumber Buddies are soft, plush animals, which play music and display a light show onto the walls of ceiling of their room. They help to create a tranquil environment for little ones at bedtime. The calming starry night display projects in three colour options – green, red and blue, or a changing colour cycle. Complete with lullabies and nature sounds and a choice of 15, 30 or 45 minute auto shut-off. 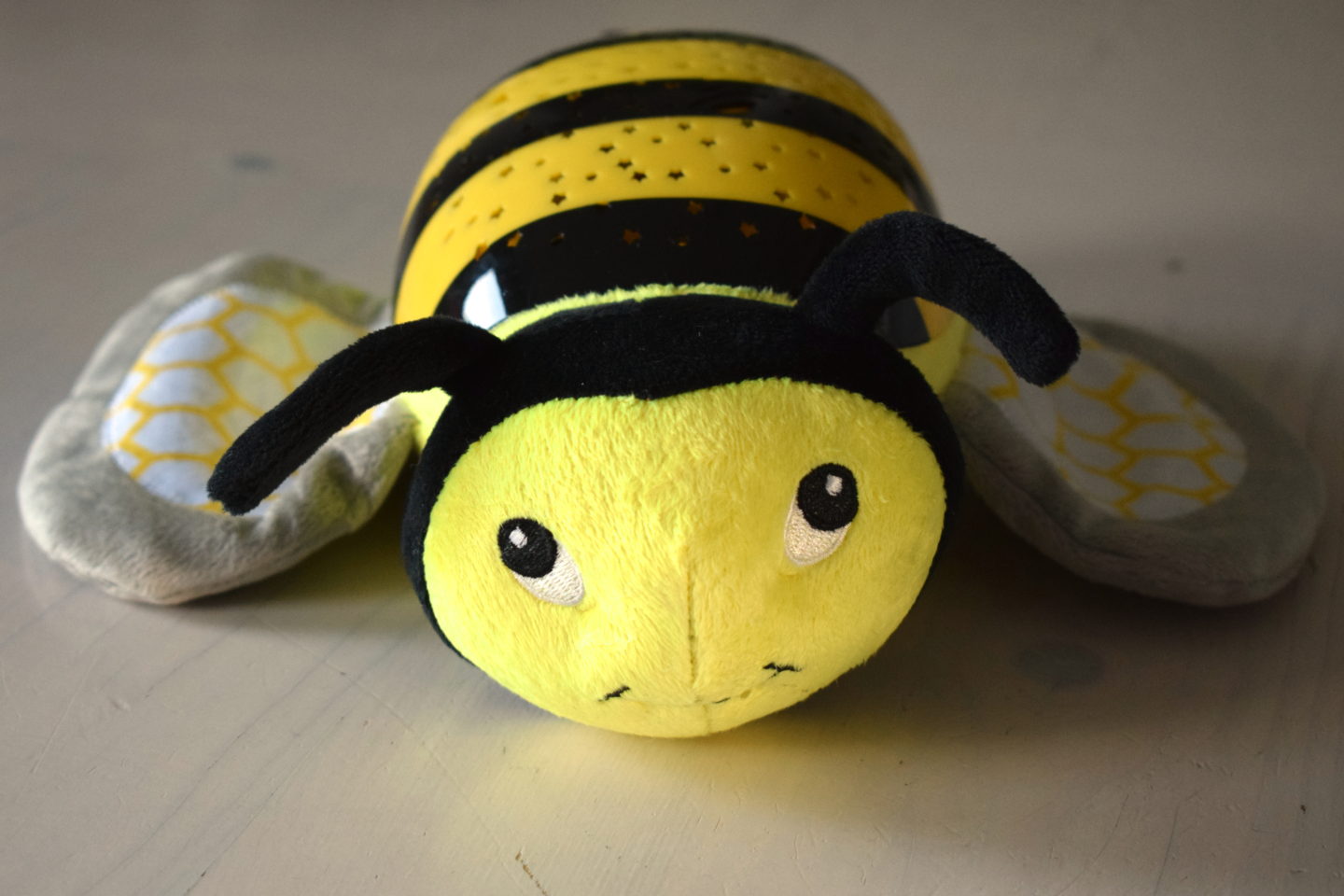 We chose Betty the Bee to review as she fitted in with Lottie’s rainbow and sky themed room. The characters themselves are really cute and Lottie was excited to play with the bee when we got it out of the box. When I turned on the music and lights, she got really excited and spent a long time exploring and playing with it when it turned up. 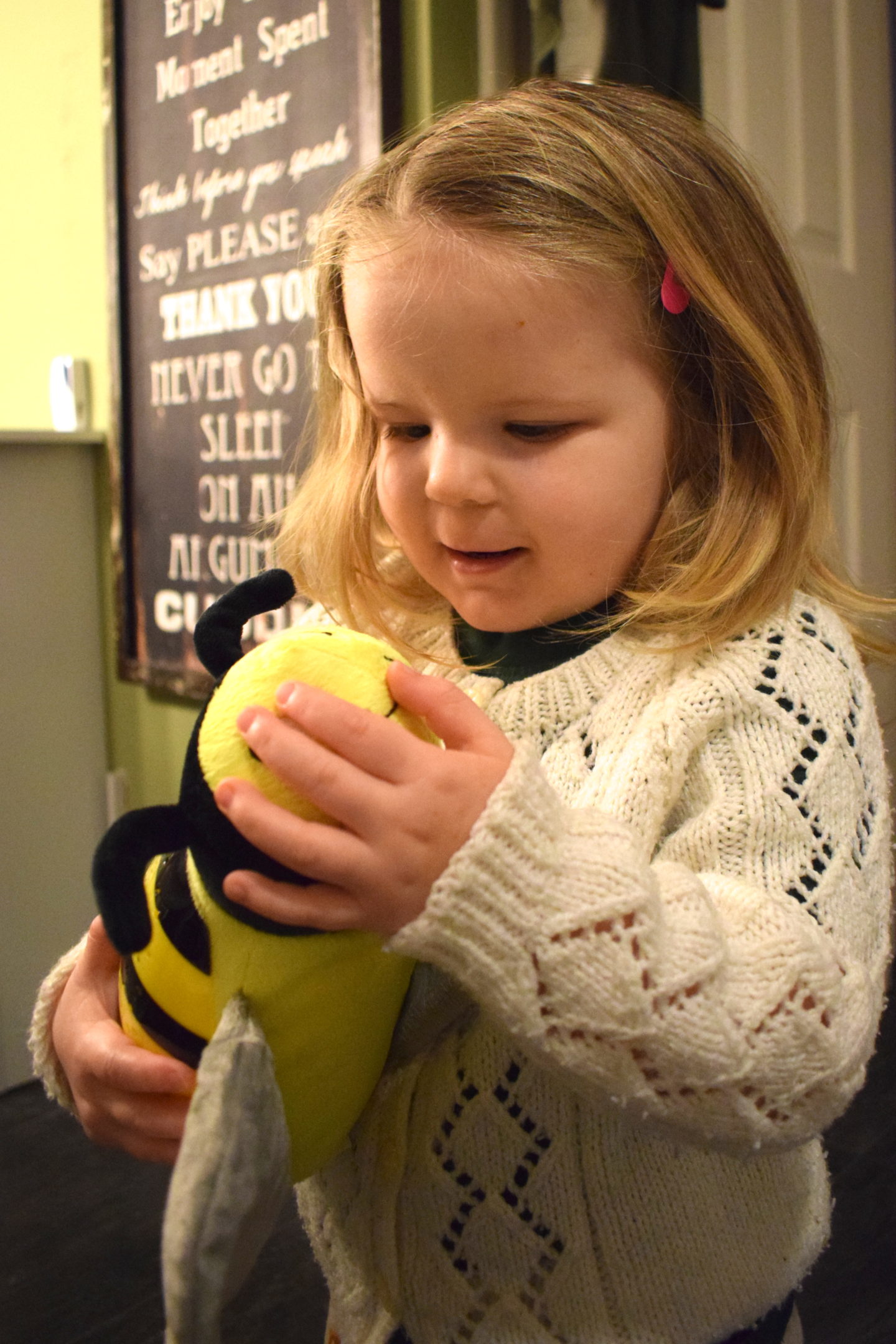 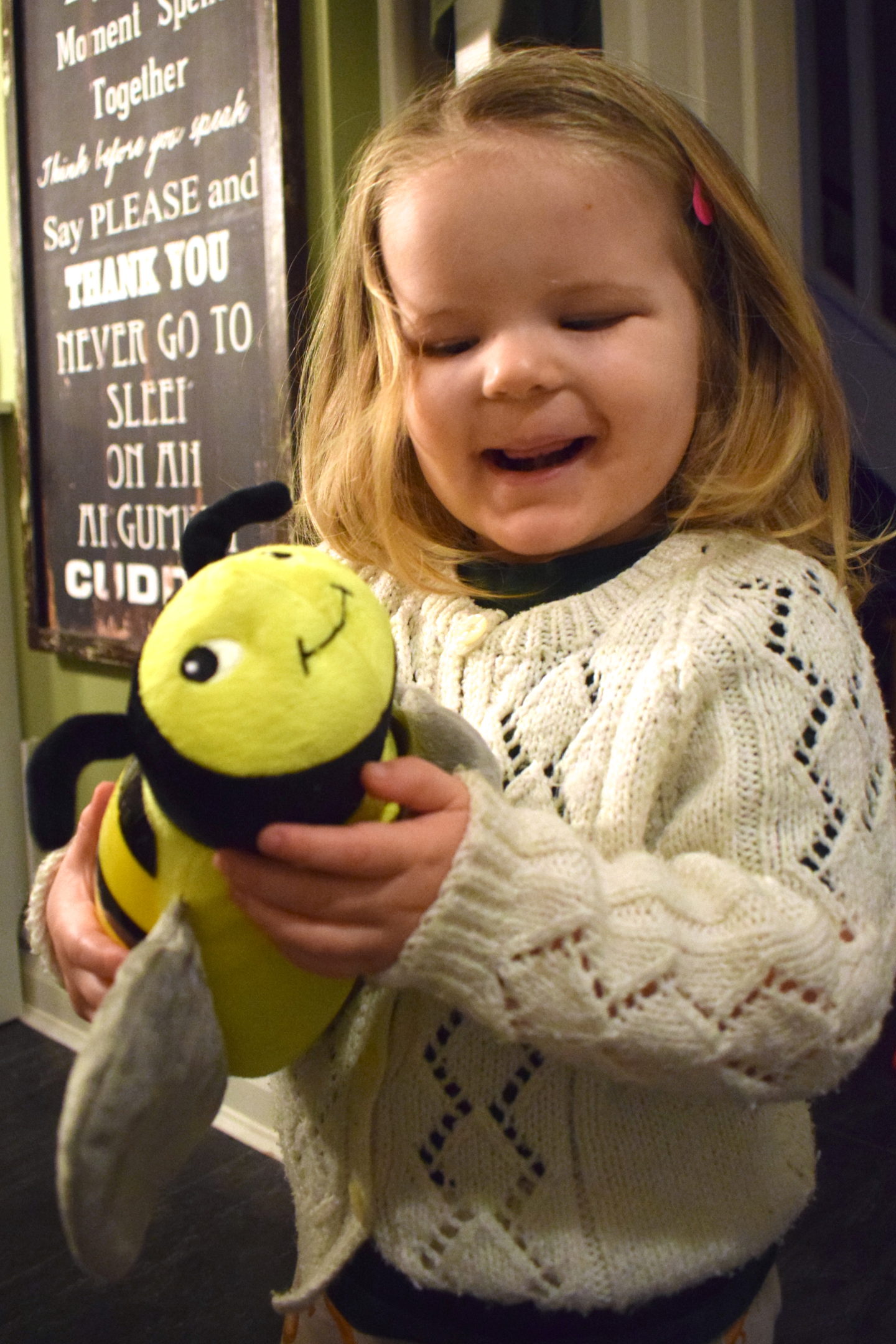 The first night we turned the Slumber Buddy on, Lottie banged more than ever. I thought it was going to go down the same route as the music idea. Perhaps introducing another sensory output was going to disturb, rather than soothe her.

The next night, however, she gestured to the bee after her milk. When we turned it on, she laid and watched it. The banging was much less and she settled a lot more quickly. It seemed once the initial excitement had worn off, the Slumber Buddy was starting to do its calming magic.

The Slumber Buddy has quickly become part of Lottie’s bedtime routine. Each night she asks for it to be turned on and she lies and watches it fairly quietly. It has definitely helped to calm her at bedtime. And it has reduced how much she bangs and the time it takes for her to go to sleep. We have the Slumber Buddy on the longest 45-minute timer and she’s generally asleep before it has turned off. 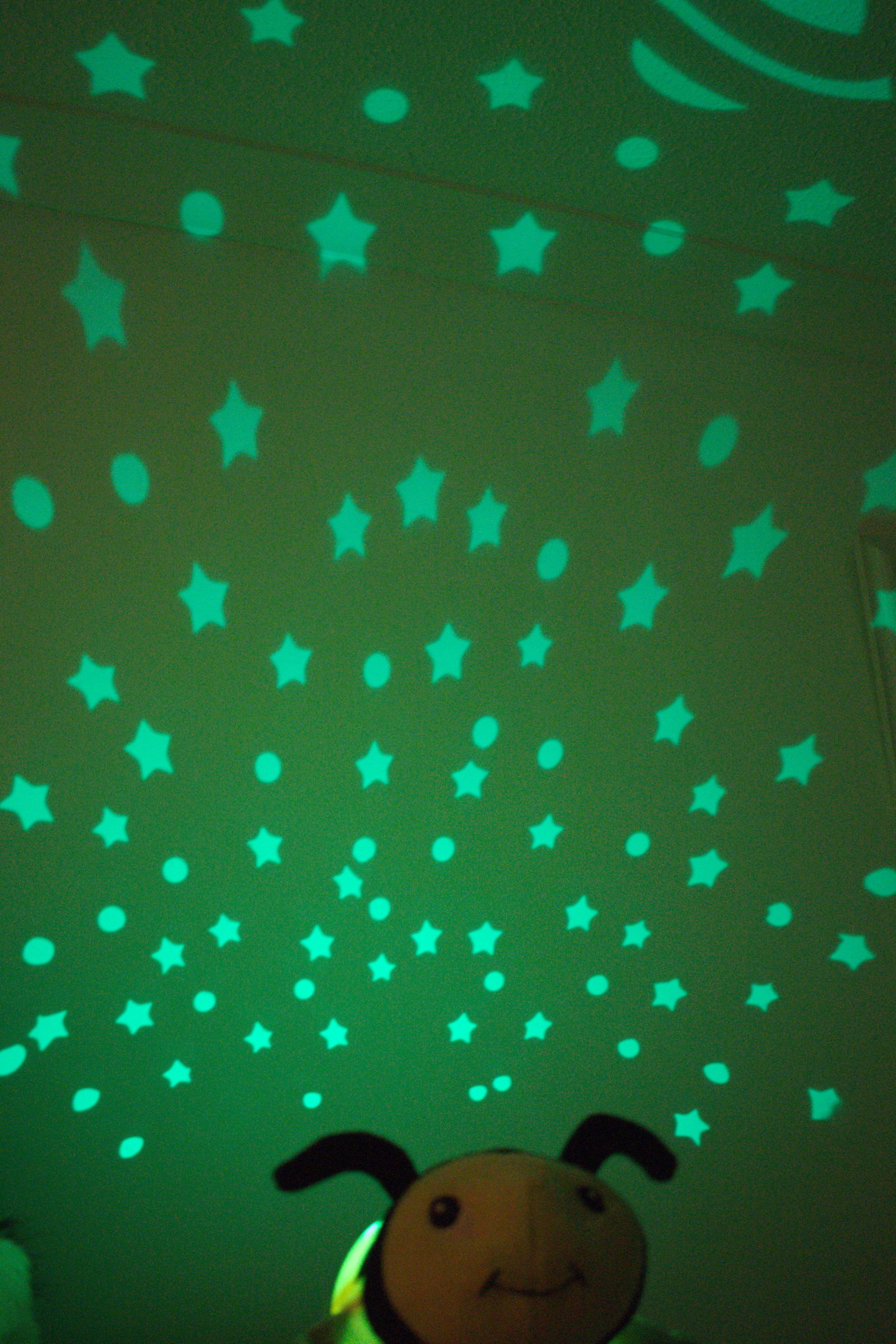 We have also started to use it as part of the pre-bed routine. While we are running the bath and getting the girls’ ready for bed, we put the music and lights on. Frankie loves to sit and watch it while we are busy getting things ready. I think winding down in that last hour of the day is key for good sleep and the Slumber Buddy really helps with that.

The only very slight change I would make if I could would be to have an option for the music to be on loop. 45 minutes of the same lullaby is a bit boring. But then perhaps boring is good for calming children down.

Overall, the Slumber Buddy is £24.99 worth of bedtime magic. We love it so much that we are planning to buy Frankie one for her bedroom too. The best bits are the changing lights, which keep Lottie interested but not too stimulated; the calming music; the cute characters and the timer options.

DISCLAIMER – We were sent the Slumber Buddy for the purpose of this review, but all views are our own.