I’ve made a note to myself to be more organised and get photos of the girls together in time for the next post. It’s just so difficult to get both sisters to cooperate at the same time most of the time. So I tend to end up snapping whoever’s content while the other throws a strop or looks the other way.

I’ve been lucky enough in the last month to have both sisters home all the time for the summer holidays. And the impact on their relationship has really shown. I always add the caveat that there have been a fair few squabbles and shoves. I don’t want to paint an unrealistic picture of their sisters relationship, but on the whole, they’ve got on famously.

Frankie’s cheeky ways and more daredevil tendencies have been rubbing off on Lottie a little recently. And while I have to be seen to be fair and discipline her when she says no to my requests and climbs on the dining table, I’m secretly rather chuffed that she’s finding her feet a little bit and expressing her wishes. The same can’t be said for Lottie’s generally calm and chilled personality rubbing off on her little sister however!

Lottie and Frankie are always together. From the moment they wake up, they’ll gravitate to each other. 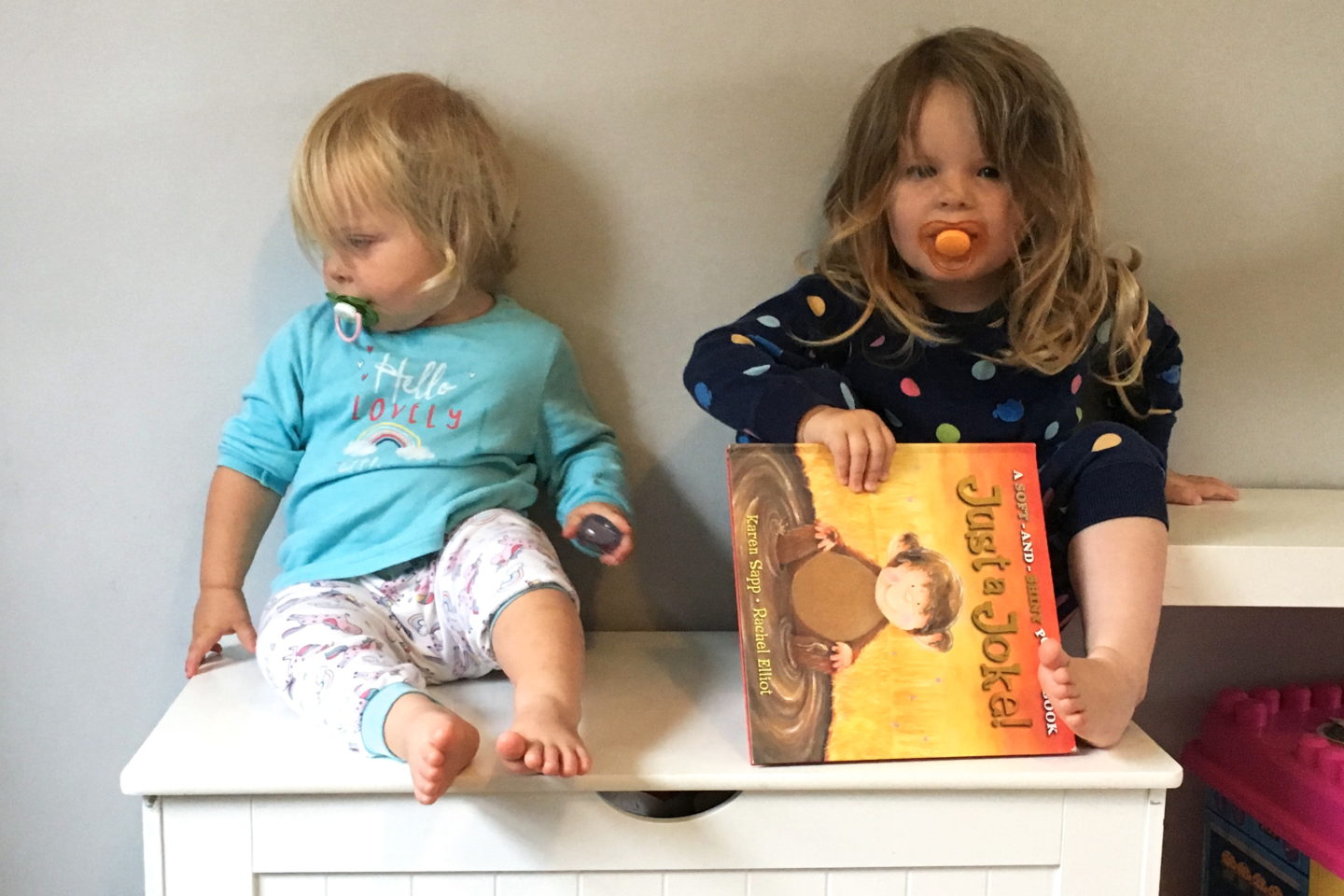 And I couldn’t let this month pass without mentioning Woody, who has become the third member of their gang. Find one of them and you’ll have found them all. The girls just adore their puppy and he’s already become like a little brother to them. 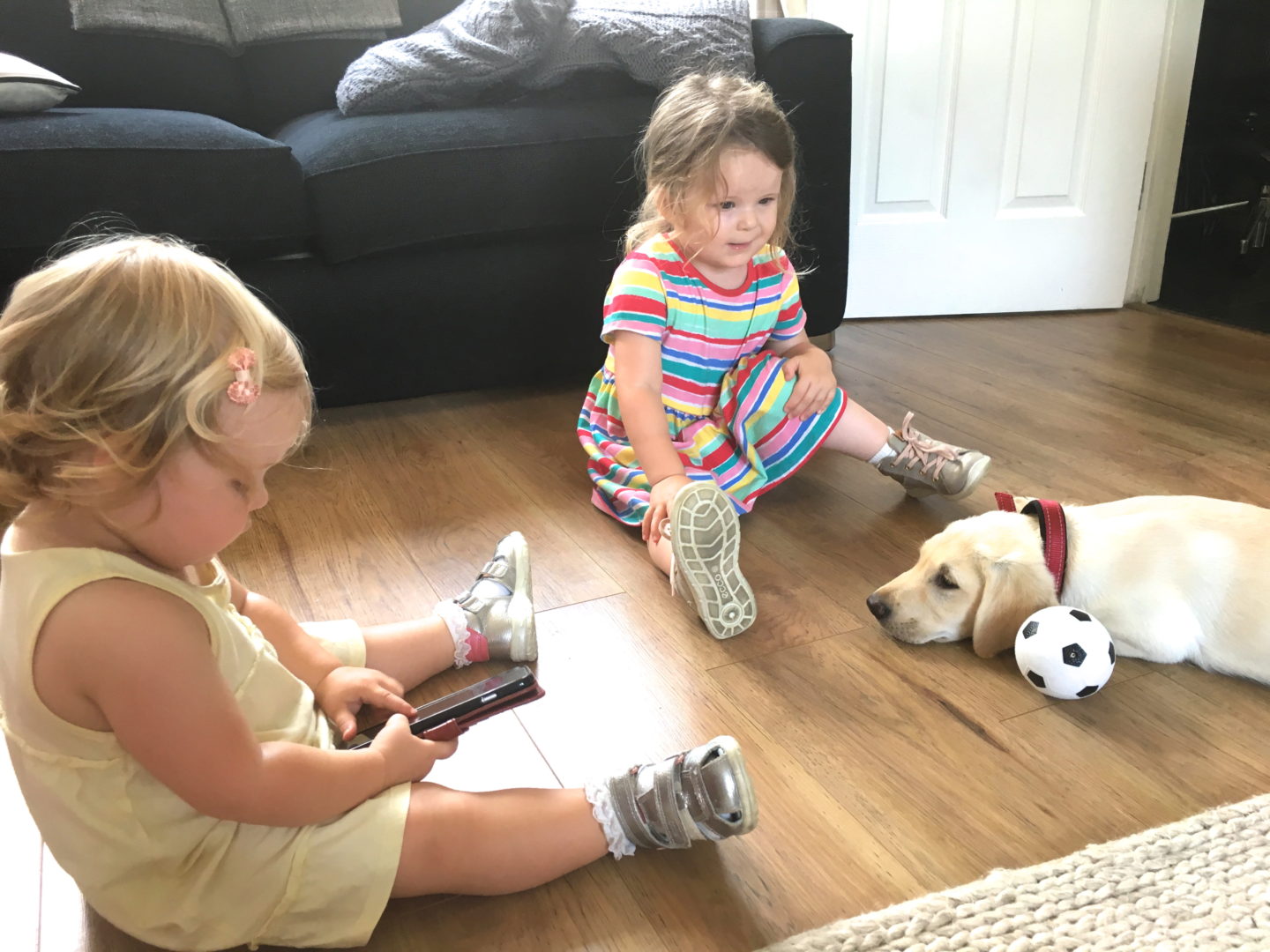 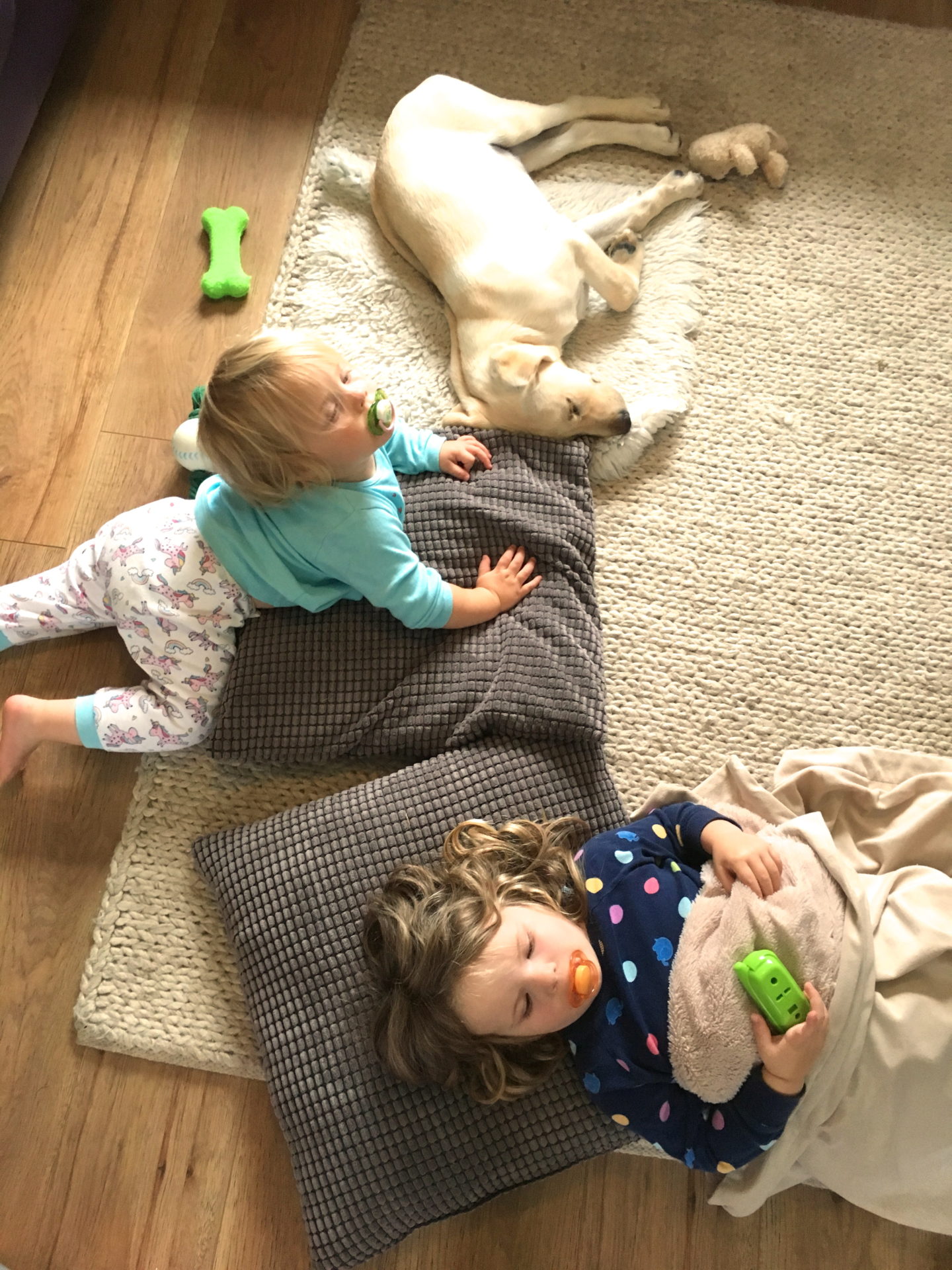 Together the girls have been playing together more and interacting, rather than playing side by side. I even caught them having a tea party together last week on the rug. It made my heart melt seeing them pour each other’s ‘tea’ and to hear Frankie giggling when Lottie drunk from the cup she gave her. While Frankie is definitely the most outgoing of the two sisters, she still idolises her big sister. When Lottie plays with her, her whole face lights up. She also likes everything that Lottie likes. I often catch her looking at what Lottie’s doing and then going off to do the same afterwards. 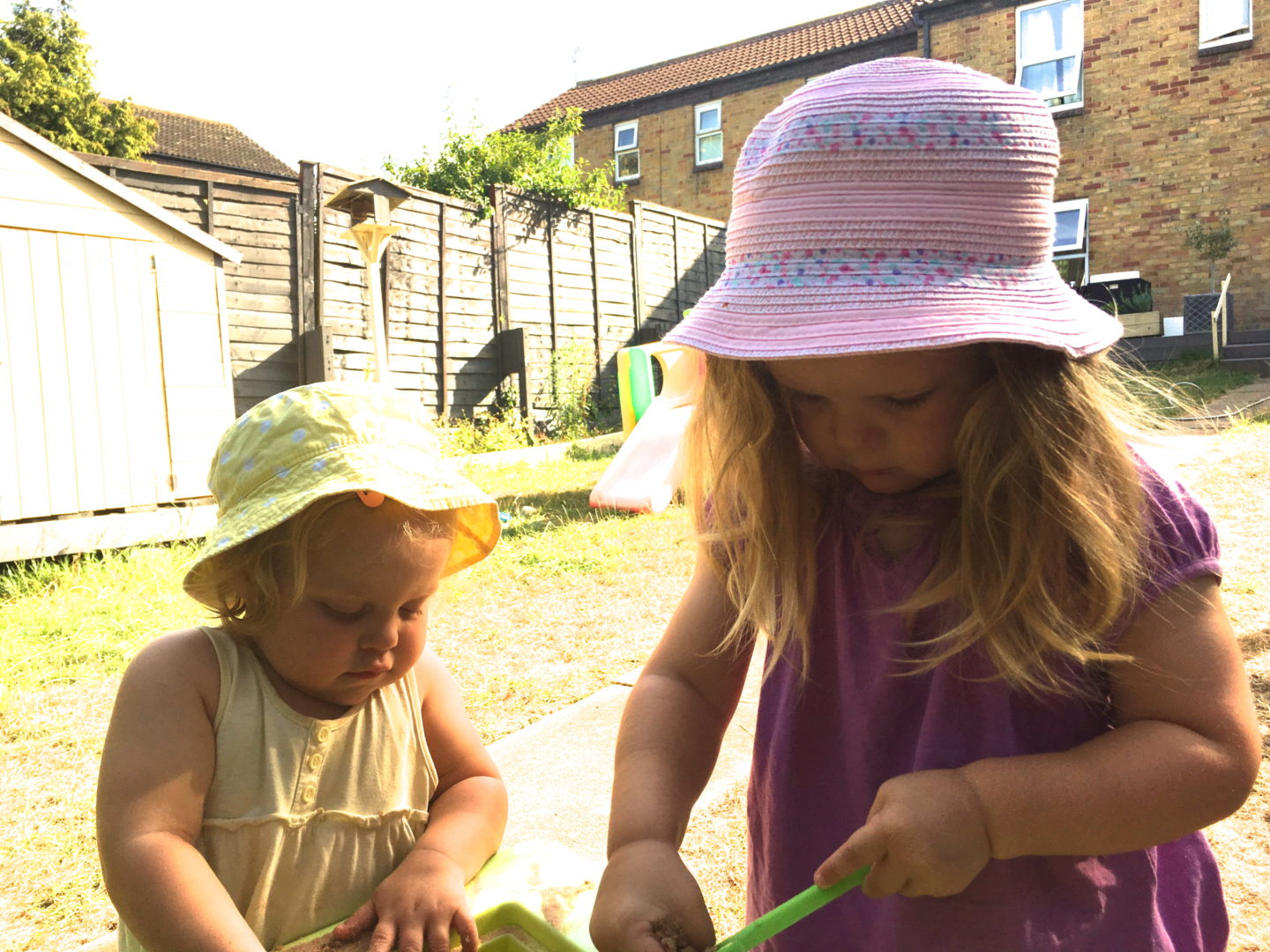 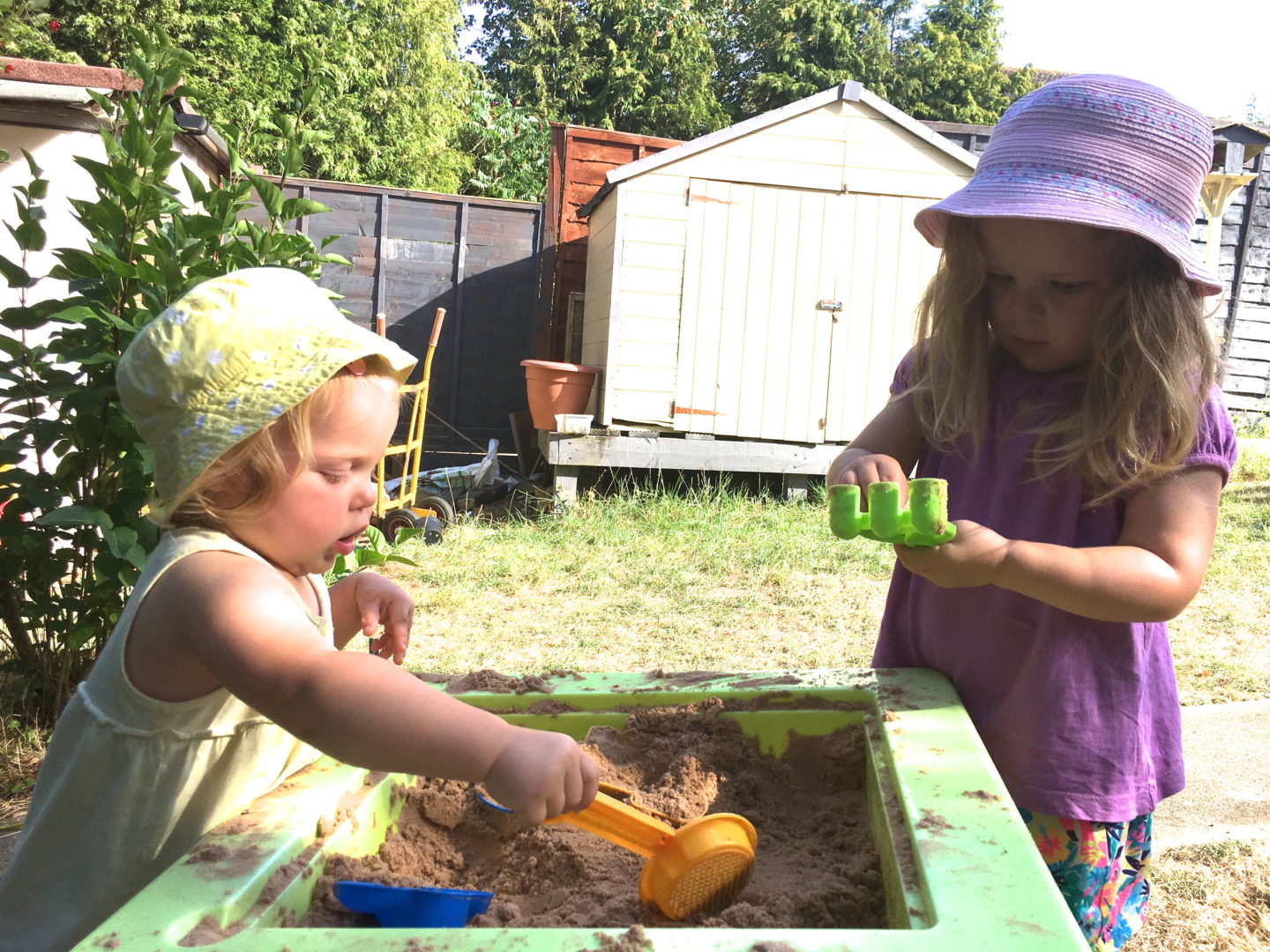 They’ve also been getting a little bit better with turn taking recently and rather than scream and grab toys from each other, they’ll wait patiently while the other has a turn. It needs careful refereeing and overseeing, but if you explain that they will each have a go, they are getting much more accepting of sharing. I love watching them learn new skills from their sisters relationship and I think sharing is a big life skill that you can learn really well from a sibling.

As is empathy. Lottie’s caretaker role has stepped up a gear now, and as well as trying to comfort Frankie while she’s crying, she also gives me the most disapproving look if I’m ignoring her. She definitely thinks I ought to give Frankie a cuddle, even if she’s kicking and screaming because I’ve said no. Those two sisters are going to be a force to be reckoned with in years to come.