How late am I with posting our me and mine photos for April?! I have an excuse. Other than life being a bit chaotic having been made redundant, we have just been on holiday (booked before redundancy news) to Norfolk. It turned to May while we were there and we had absolutely no internet or phone signal. I could have found a cafe and left my family while I blogged, but you know what? I decided to embrace the lack of communication and savour our infrequent time as a family.

Imagine if the weather had been like it was this last week. It would have been amazing. It wasn’t. We had hail, rain, thunder, sunshine and pretty much everything in between except snow. But we made the best of it.

The first dry day we had, we decided it was time for Lottie’s first ever visit to a beach. We went to Holkham, which is just beautiful. You park up, walk through a wood, walk along the dunes for about half a mile until you reach the sea.

It wasn’t raining, but the wind was howling down there and it was pretty cold. Lottie was bundled up in her newly bought coat (I was hoping we wouldn’t need a new one when she grew out of the last one about two weeks previously – how wrong was I?) and her Babybundle Snuggletoes and looked completely aghast at the entire situation. She glared at us for the whole walk and didn’t move a muscle in her pram.

But it was so worth it. The beach was absolutely stunning and well worth the effort. We started with some selfies as I had forgotten the tripod and was not about to go back to the car for it. And then a lovely lady took some pictures and I’m delighted with them. Our first family photos on a family holiday. Special memories. 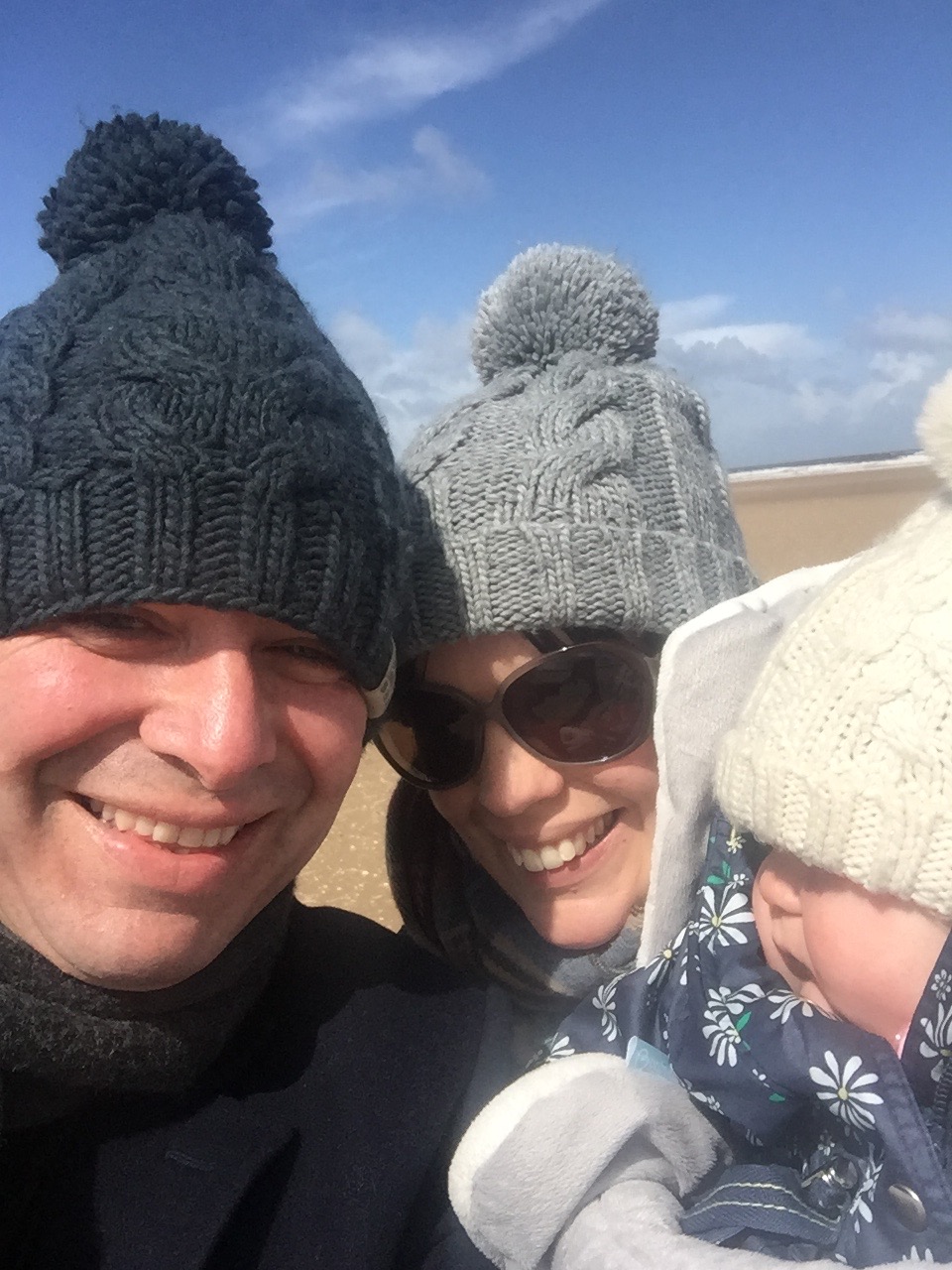 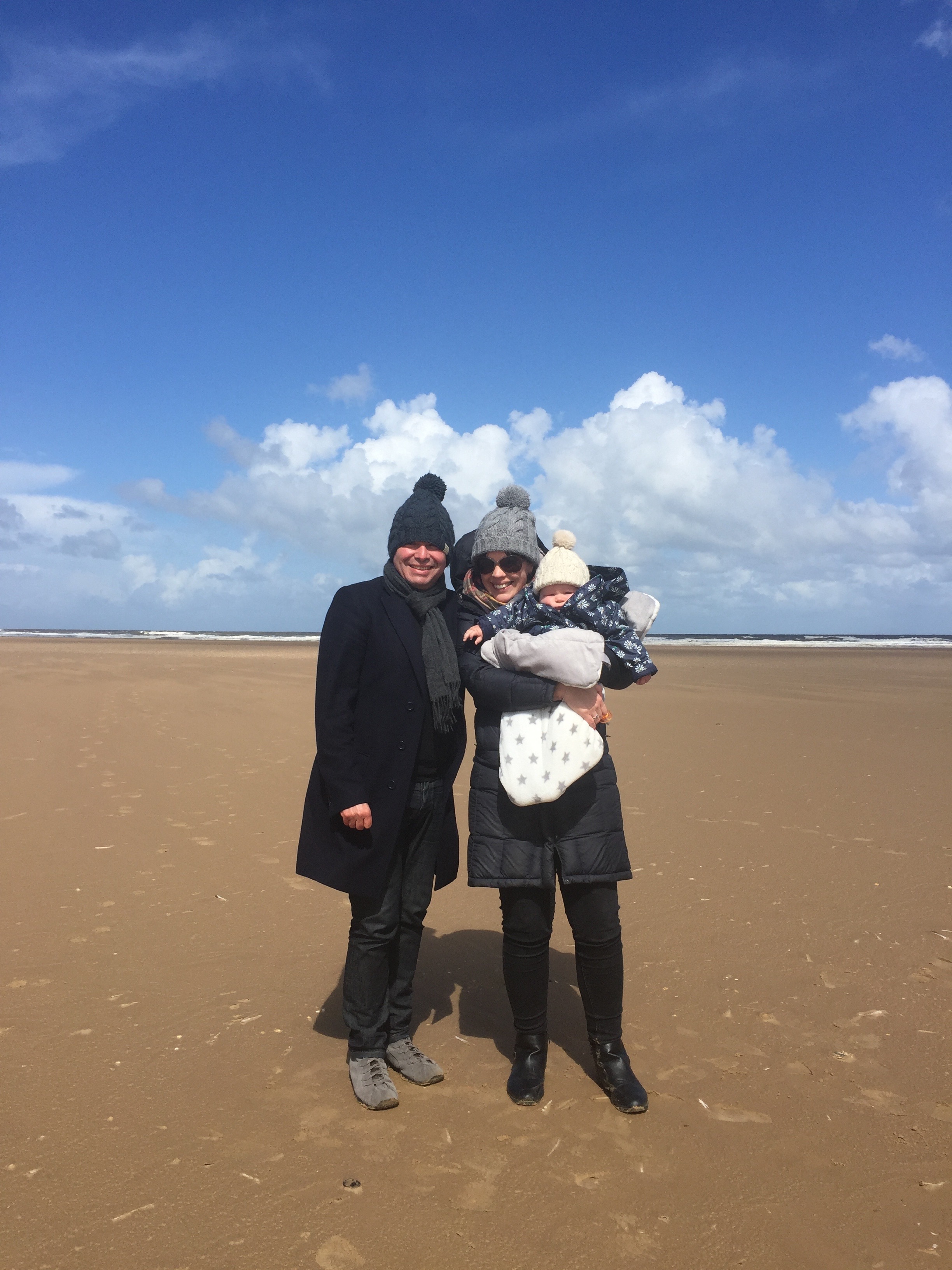 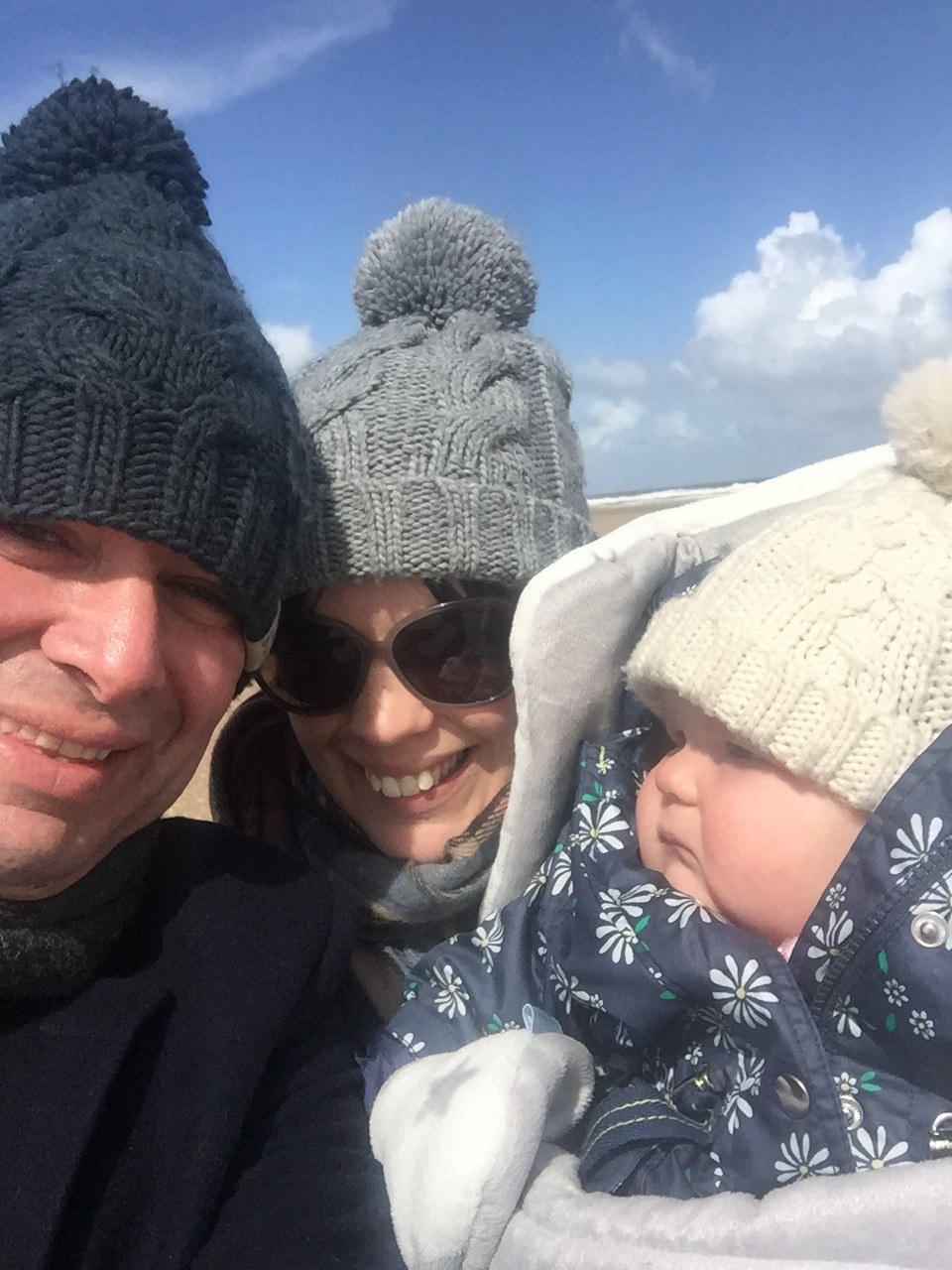 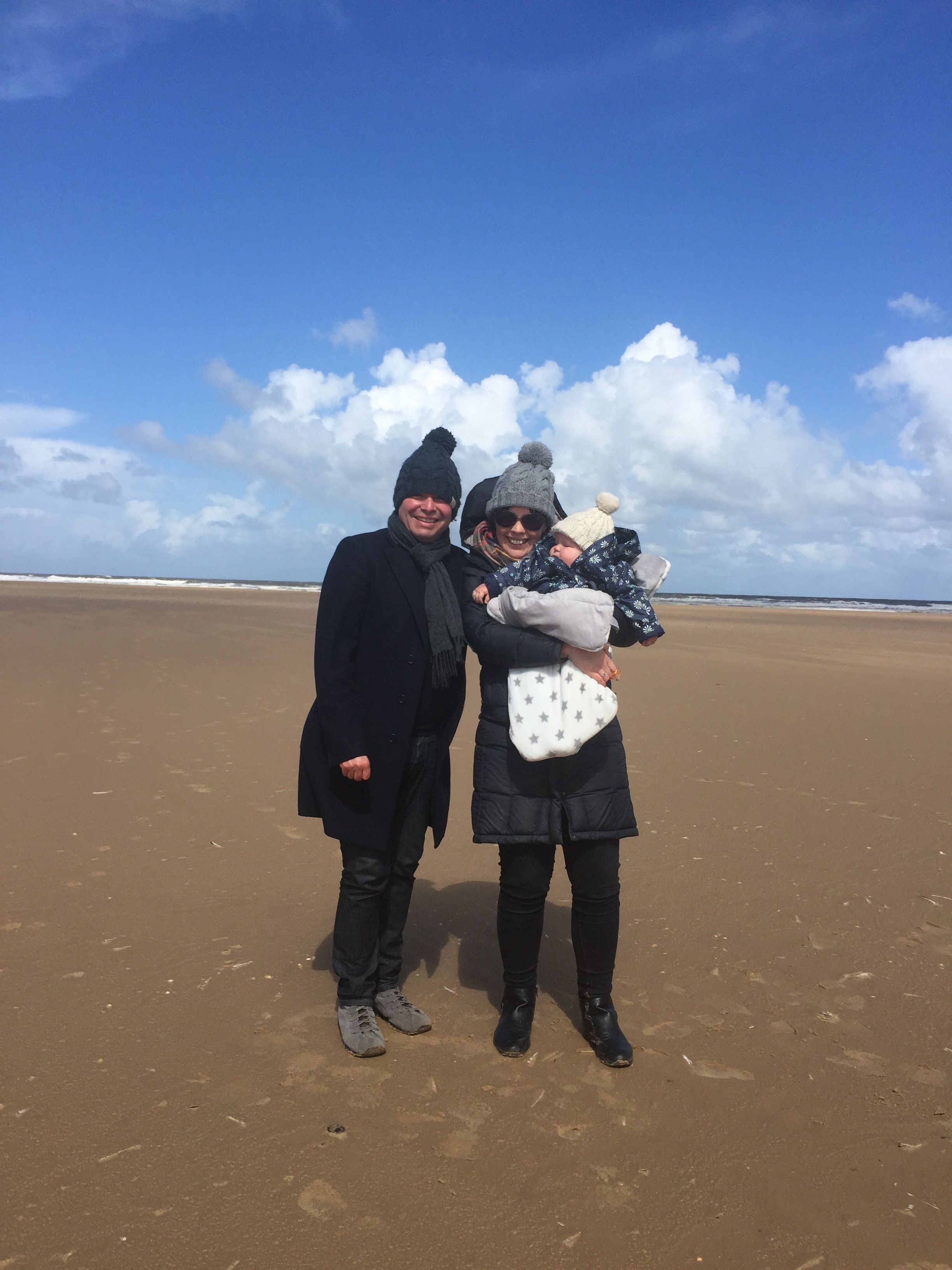