With a birthday nearly two weeks ago, our celebrations for Lottie turning one are just about done now. It’s been a blast celebrating her first year, but I’ll admit I’m quite glad I don’t have to do any baking.

I thought a little round-up of how we marked this big milestone would be a nice way to remember… I’m likely to forget by the time she’s old enough to ask.

On Lottie’s actual birthday, we were lucky enough to have Mr M home from work and decided to spend the day just as three. She woke up to a huge pile of presents and was delighted to see her haul. Although I don’t think she had a clue what was going on, she definitely picked up on the excitement and once she realised there were toys inside that paper, she was over the moon! 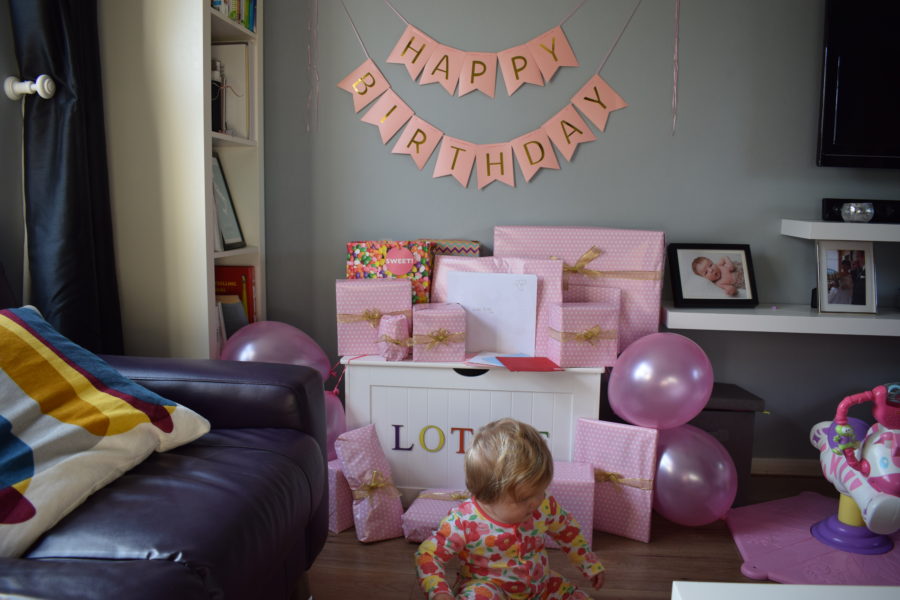 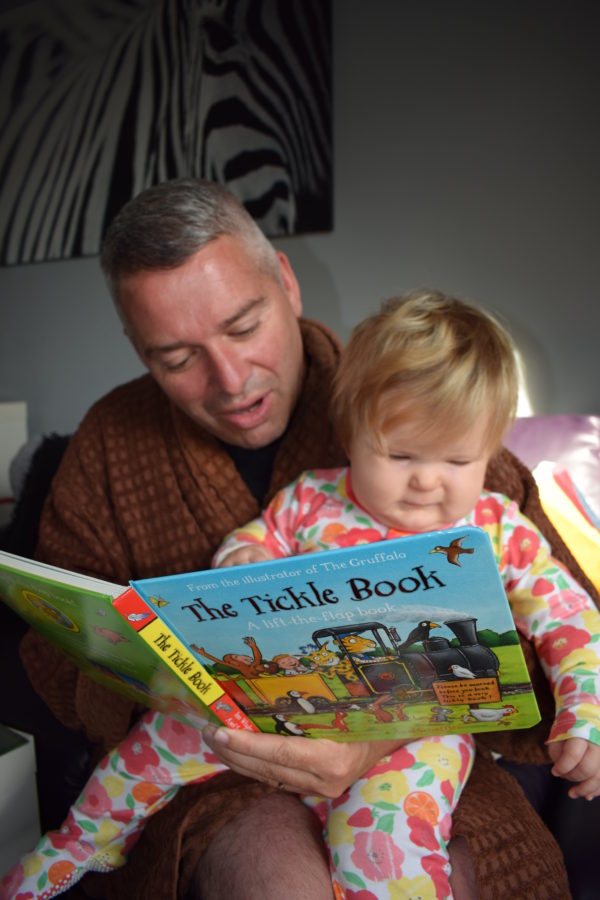 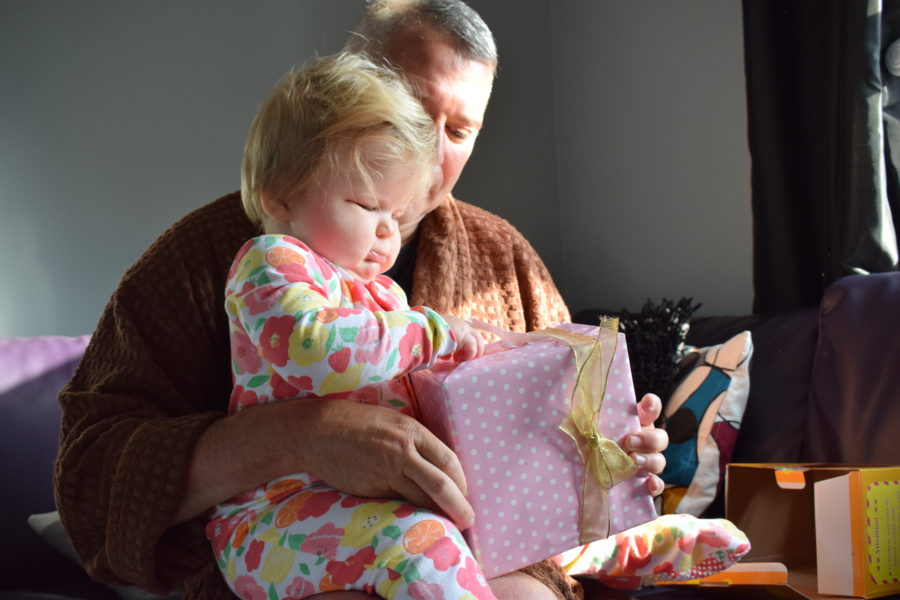 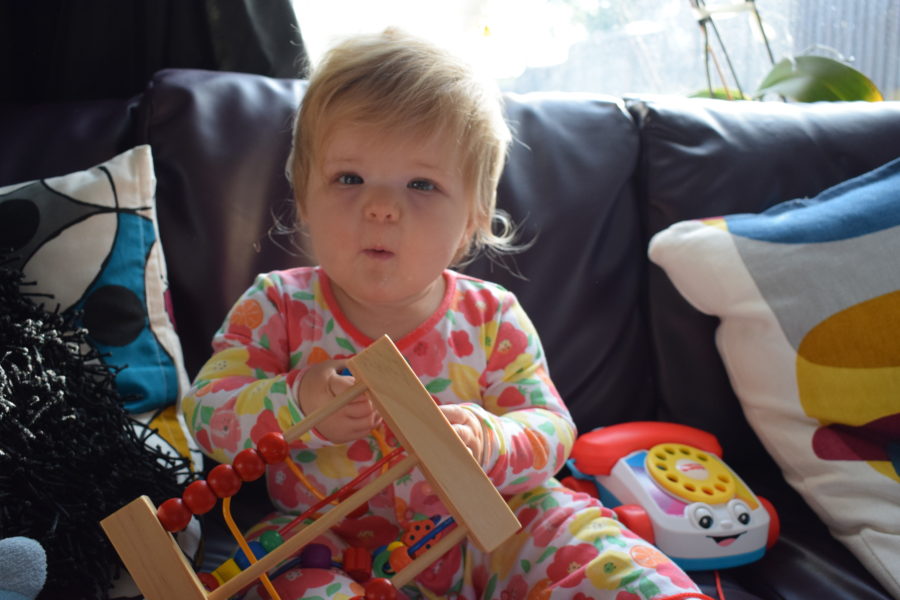 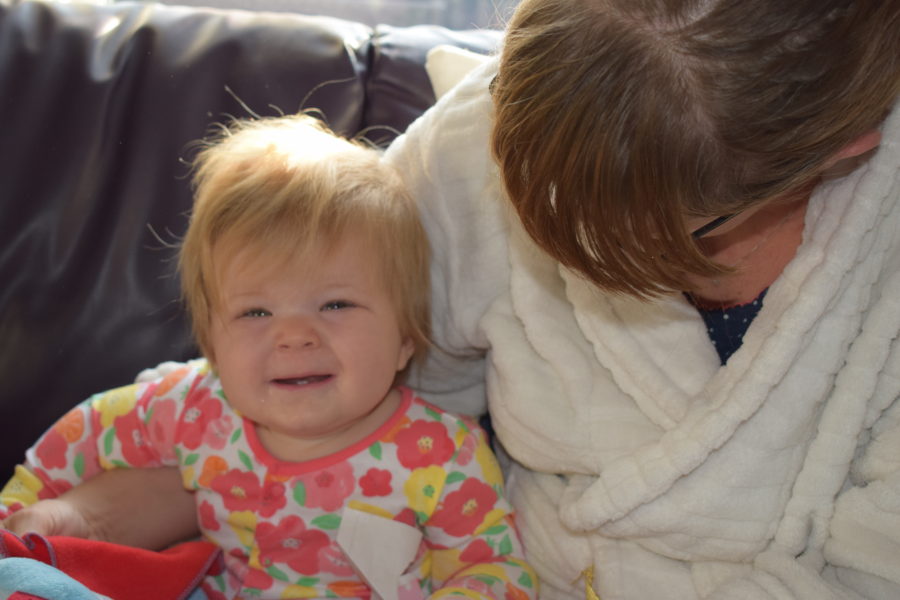 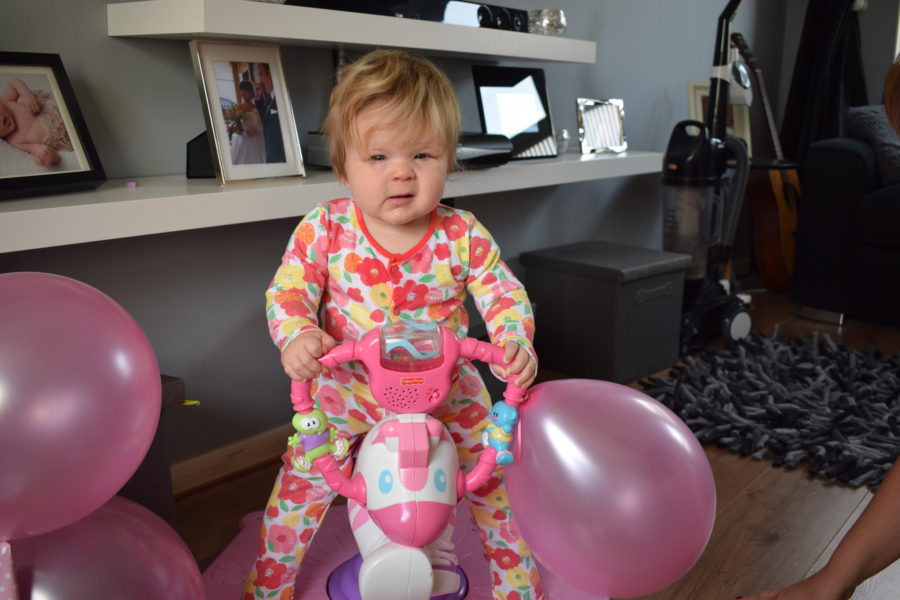 She then settled down for a mammoth three-hour nap. All that excitement tires a one-year-old out.

In the afternoon, we headed to a local farm, Standalone. As a working farm, visitors to Standalone are able to watch the animals being fed, groom the ponies and go out on the tractor and trailer for a tour. Lottie absolutely loved it. She already thinks that my horse is absolutely hilarious and she loves the goats at our local garden centre, so she was in her element here. 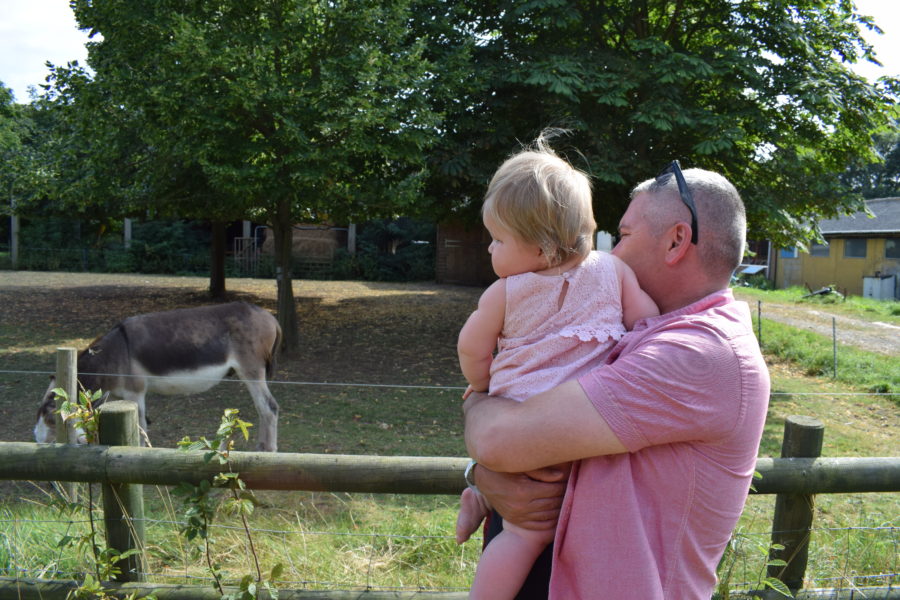 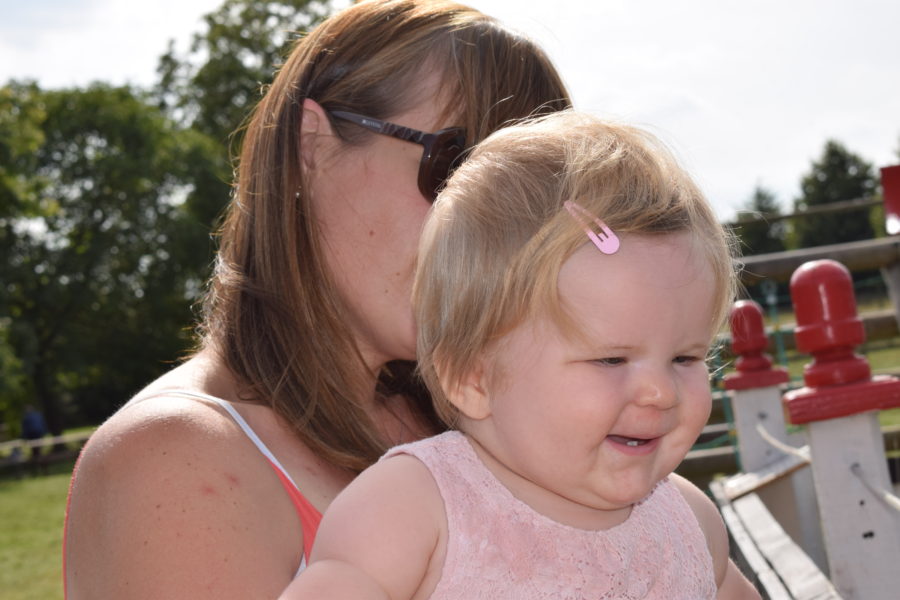 Perhaps her favourite thing, of course, not farm related at all, was the model railway, which she was mesmerised by, and the colourful windmills dotted around. I bought her one of these to take home and I think it was possibly the best part of her day. Small things… 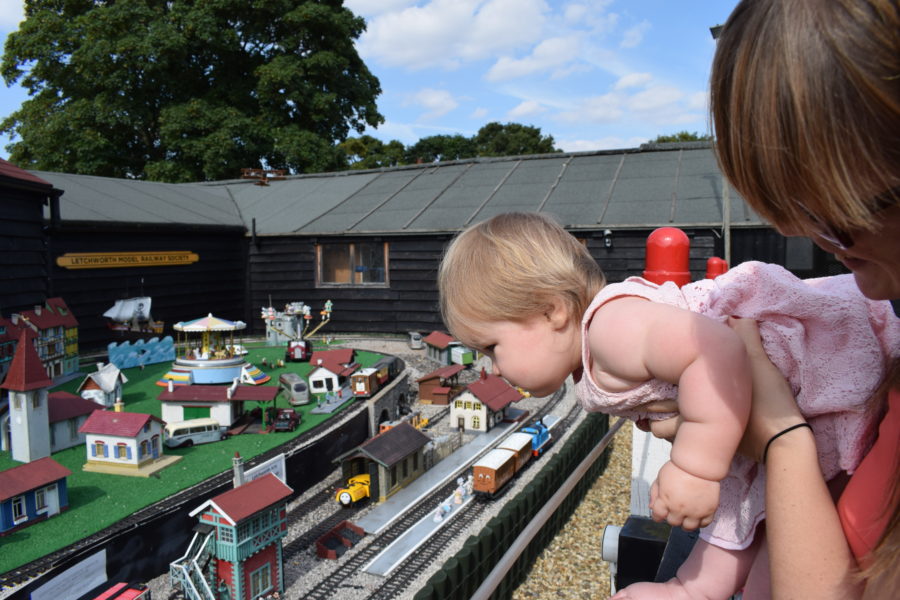 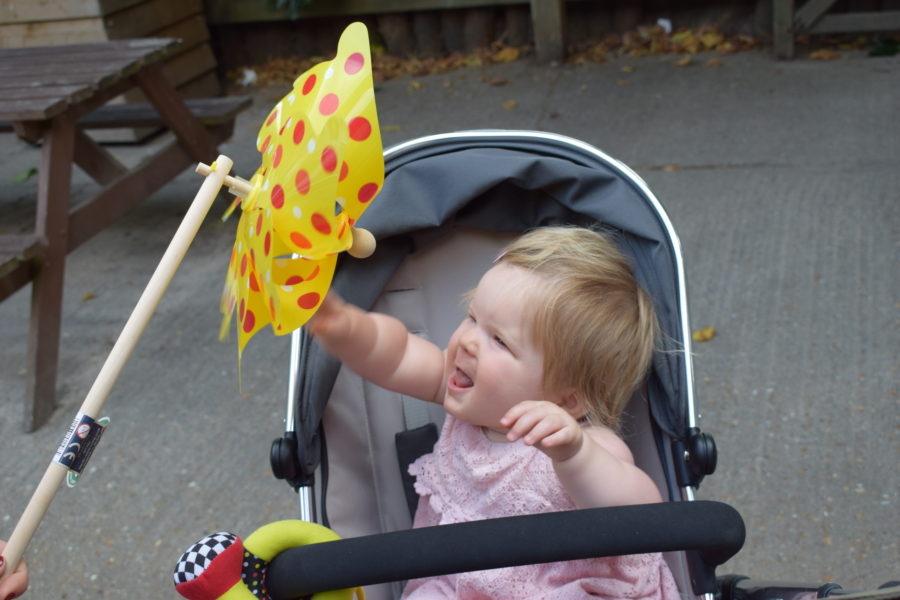 When we got home, there were a few more presents to open (it was too exciting to do them all in one go) and then dinner was followed by her first ever taste of chocolate. She wasn’t sure at first, but then as soon as she got the taste, she was a convert. 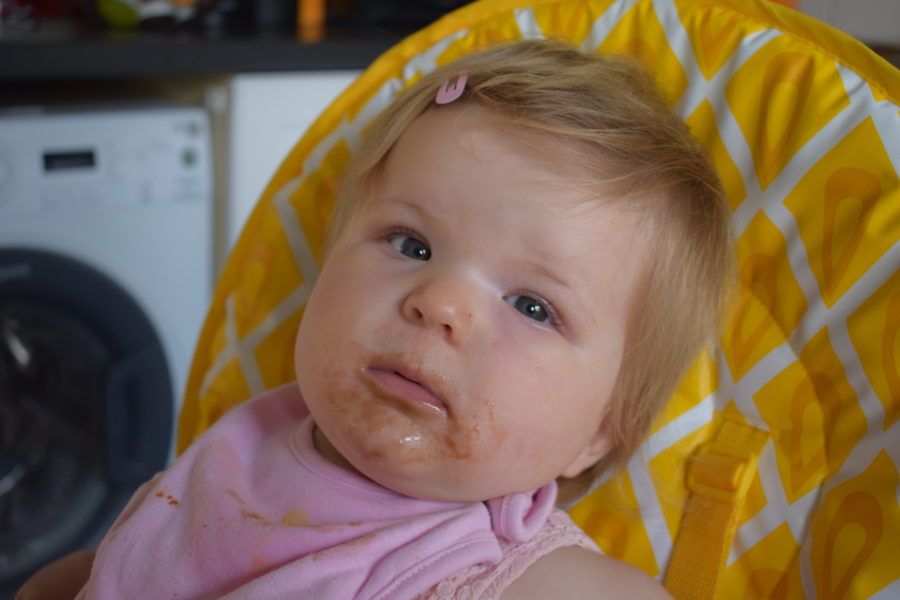 The following Saturday, we had my family over for a party. My dad has been seriously ill recently, so we decided to keep it just family. I did consider keeping it low key, but then decided you only turn one once and we needed balloons, cake and a party outfit to boot. 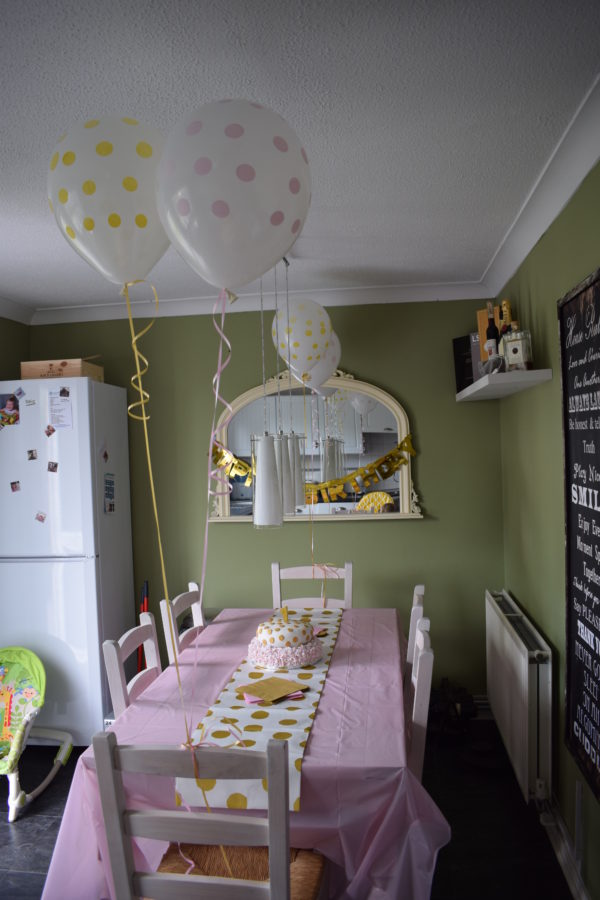 I found Lottie’s gorgeous T-shirt on Etsy from a gorgeous retailer called Cotton and Bloom. And really, the entire party theme came from the pretty pink and gold one on her top. We teamed the T-shirt with a pink tutu from Mothercare and some little pink shoes from Asda. 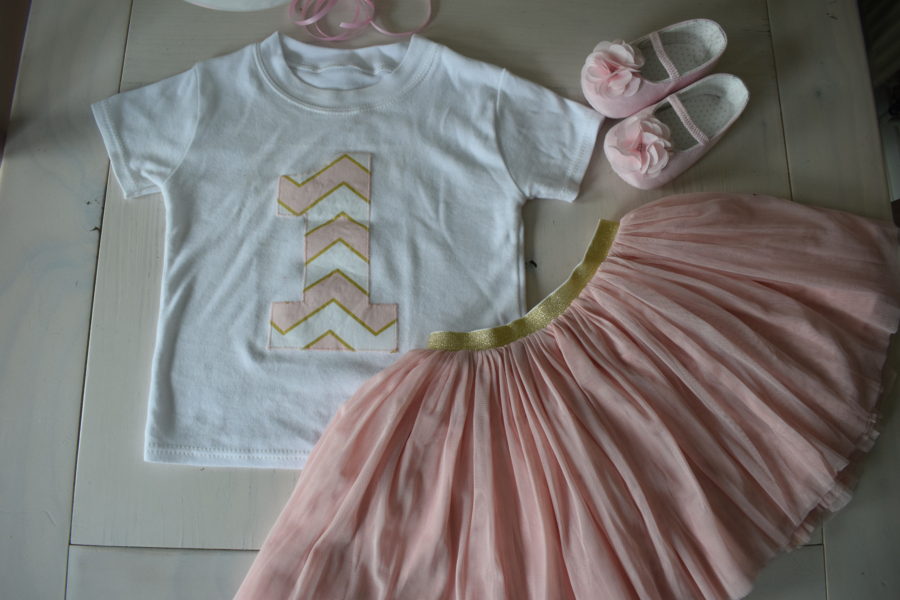 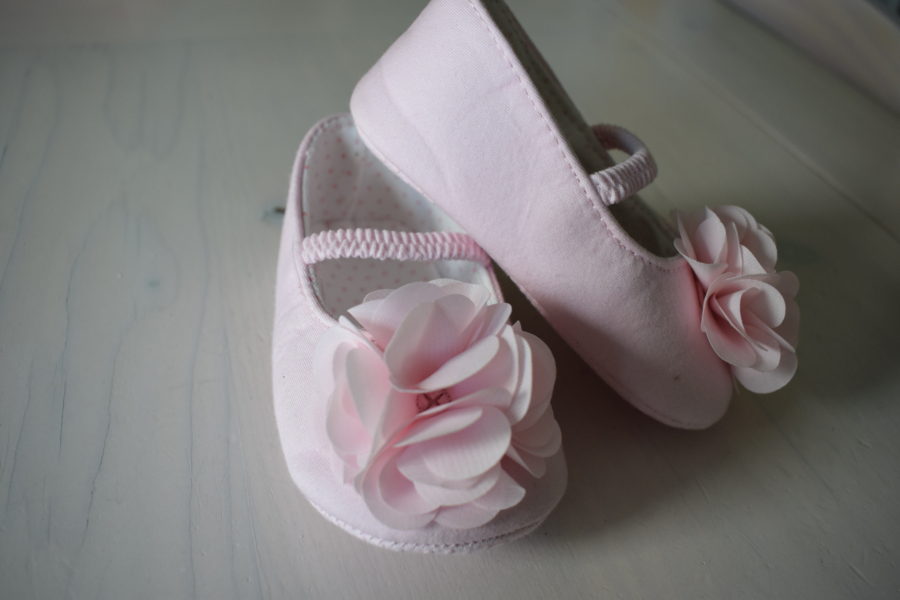 She wore the outfit for both her parties as she looked so cute in it and we’ll definitely be using both pieces lots in the future. 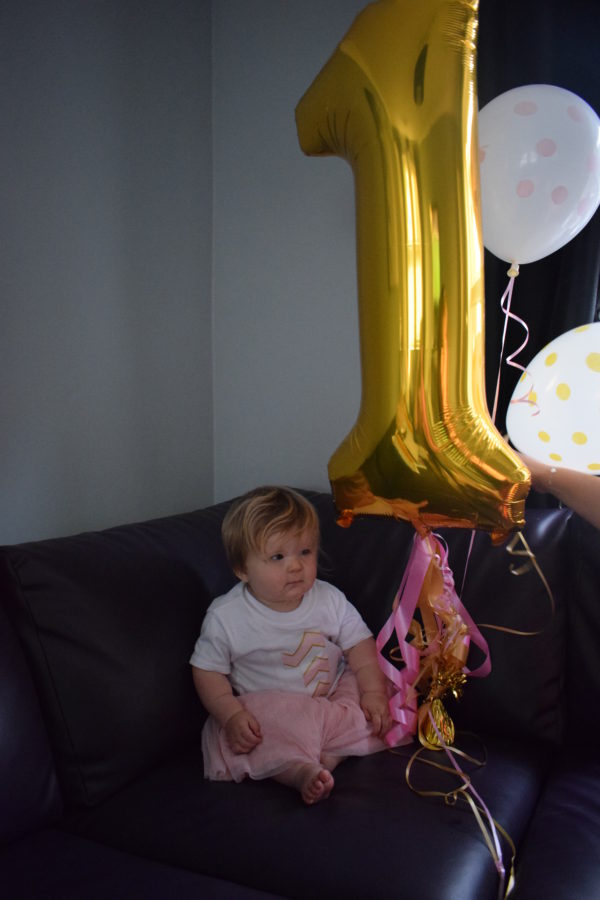 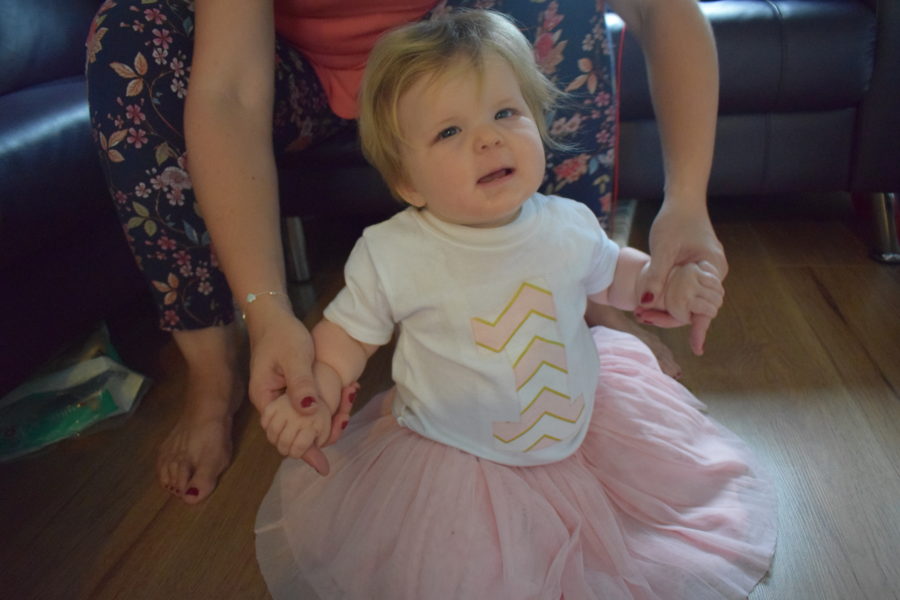 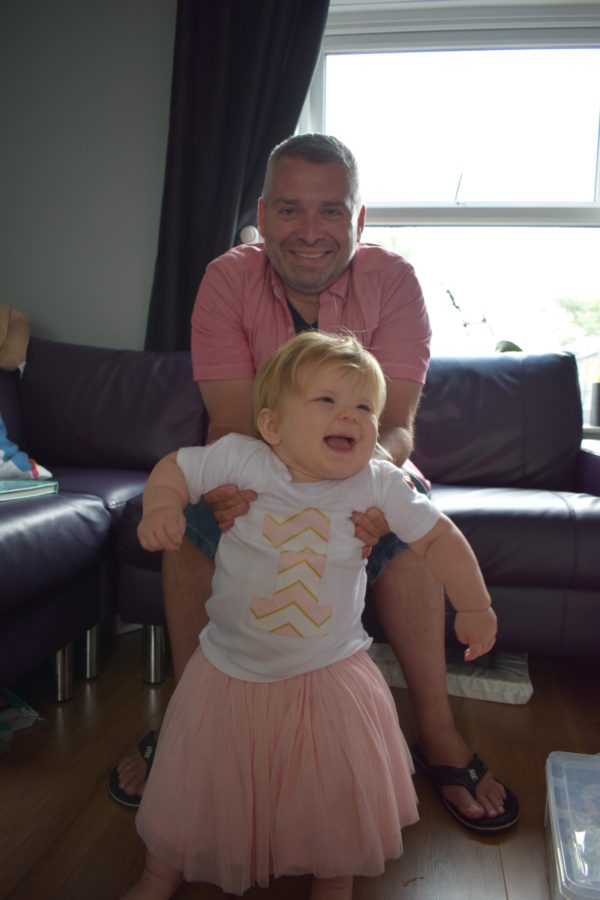 I continued the theme with her cake, which I’ll show in a post next week, and the decorations. We had a lovely day with family and Lottie really enjoyed her cake. Her little cousin made fairy cakes and bought her a balloon, saying ‘I love you Lottie’ and was probably more excited than the rest of us put together. So cute. 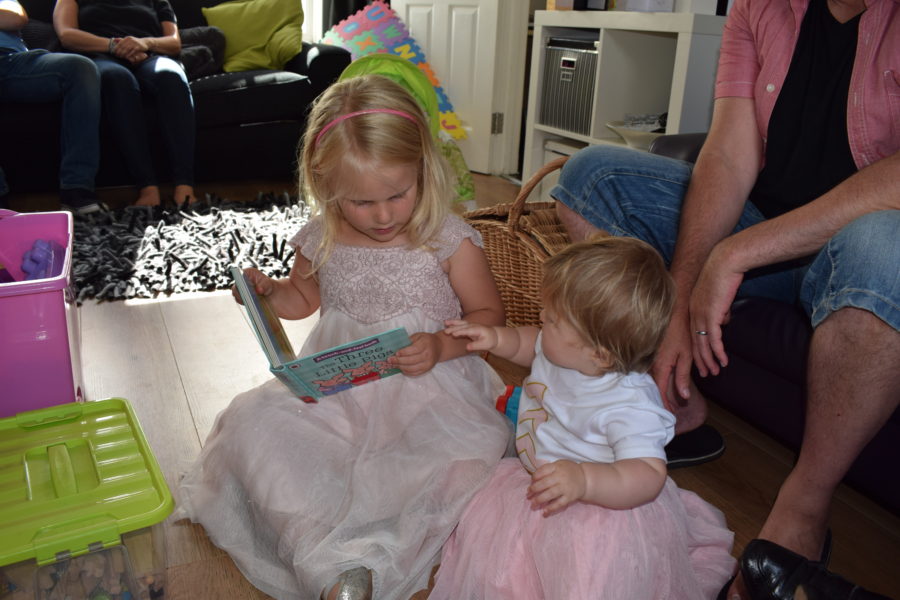 This week was onto more baking as I prepared for her party with all her baby friends. We were really lucky with the weather and all sat outside for an afternoon tea of sorts, while the babies all played beautifully together. I made some sandwiches and scones, which were rather naughtily served with lots of clotted cream and jam. I haven’t had much time with friends for the past few months, so it was really lovely to see all the local mums and catch up with them and their little ones. They all spoilt Lottie rotten with gifts and cards too, which I wasn’t expecting. 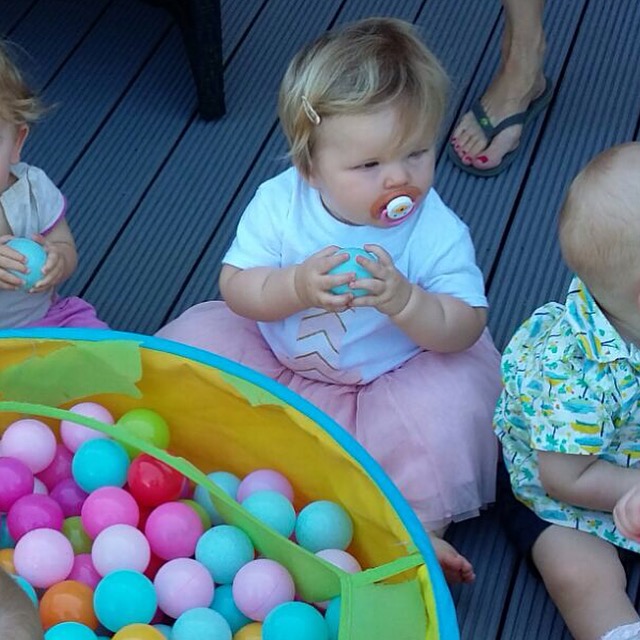 I rounded off the week long celebrations feeling really lucky to have such lovely friends and family, who all went out of their way to make our little girl’s first birthday celebrations special. It still feels odd calling her a one-year-old, and I bet by the time I get used to that, it’ll be time for her to turn two.

There’ll be a bit of a birthday series over the next week, so bear with me, but it’s been such a lovely couple of weeks, that I am desperate to share it. And with my new camera, we’ve definitely got some better shots, so have lots of piccies to share too.