As parents, we all know that babies change and seem to grow up so fast. Lottie is nearing 11 months old already, and Mr M and I are constantly asking each other ‘where has the time gone?’ I’m sure we’re not the only parents saying that, either.

The first six weeks of Lottie’s life were something of a newborn haze, which seemed to run along the lines of feed, change, sleep (cue gazing at her and getting nothing done), repeat, on an hourly basis. But quickly you settle into a routine, the sleep periods get longer and you’re even able to get out of your pyjamas occasionally.

Since Lottie has begun to eat solids from around six months, SMA PRO Follow-on Milk is suitable for babies over six months and is designed to complement the weaning diet. It has grown with her, providing her with the nutrients she needs to support her growth and development. SMA PRO Follow-on Milk is SMA Nutrition’s most advanced follow-on formula yet made using their exclusive protein process and supported by 50 years of protein research.

Since then, we’ve been staggered by each stage of Lottie’s development. But while watching our little one grow up is exciting and fun, there are also moments from that newborn period that were all too regular when she first arrived, which have begun to disappear.  And it’s those moments I treasure all the more now when they do rarely happen.

Falling asleep on your chest

I have a fond memory from when Lottie was a few days old. I went into the living room to find her skin to skin with Mr M, tucked into his dressing gown, fast asleep. Such a special moment with her daddy. We just loved it when she used to snuggle in and go to sleep and I could hold her little bottom in one hand and breathe in that sweet baby smell.

Now, I’m lucky if she keeps still long enough for a cuddle, let alone a nap as she has a world to explore and some very important crawling skills to learn. But if she does ever get so tired that she snuggles in, I desperately try to stop time to capture every single element of that moment. 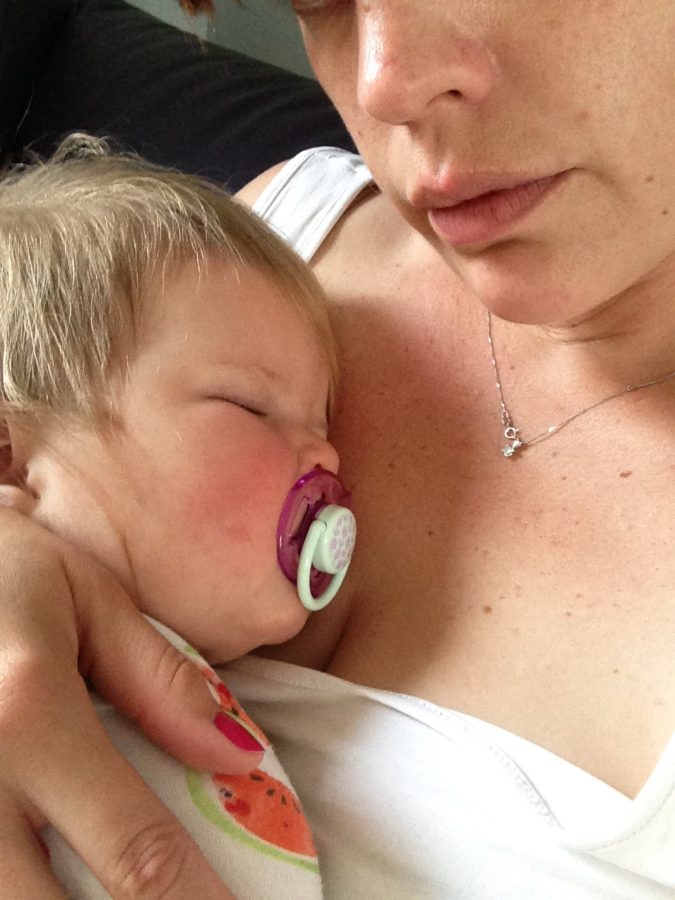 Feeding constantly through the day and night

Hungry newborns are demanding ones and I wouldn’t like to add up the amount of feeds Lottie had through those early days. But fast forward six months, and we were starting to introduce solids, and in turn, her liquid feeds became less regular. Suddenly, those cuddly moments with a feed before bedtime or first thing in the morning became so much more special. I love to take in her little face and feel her relax in my arms.

Research has shown that babies can sometimes have less iron and vitamin D in their diet than they need, compared to the recommended amounts. SMA PRO Follow-on Milk contains NUTRI-STEPS®, a unique blend of ingredients, including iron, to help build a nutritional foundation for life.

The Omega 3 and 6 LCPs (Long Chain Polyunsaturates) in SMA PRO Follow-on Milk helps ensure that babies aren’t missing out on these important nutrients. I didn’t know that LCPs can be made in your body. But babies have a high demand for these nutrients and can benefit from an additional source.

Lying in her pram watching the world go by

In the early days, if we went out for a coffee, or I had errands to run, Lottie would happily lie in the pram, cooing and watching the world go by in a peaceful little bubble. I used to watch her and marvel at how things must look from her perspective.

Now, we stop the pram, and she wants to get out and explore her world. I love her for this, she is such great fun, but occasionally, when we get a quiet few moments when she is studying something (she does love to look at a tree), I catch myself gazing at her in wonder all over again. 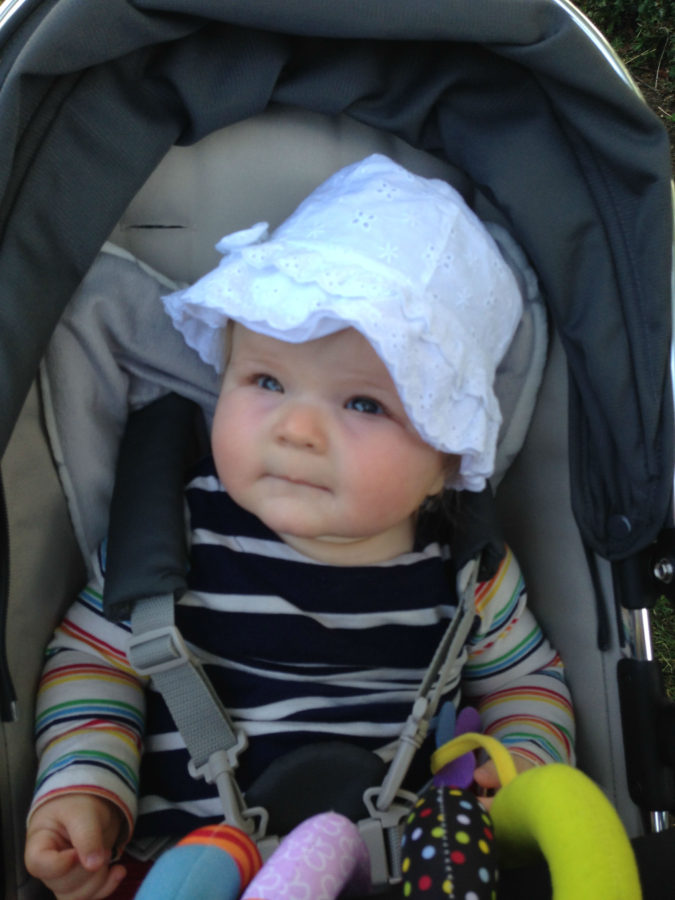 Lottie is famed among our friends for sleeping through an entire baby massage session at five weeks of age. While I was massaging her. I realise she is probably an exception, but she wouldn’t even wake if I vacuumed under her Moses basket.

Now, during daytime naps, I’m so careful to be quiet in fear of waking her. I even mute my laptop while I work in case a video autoplays for example. And if I accidentally make a loud noise, Mr M and I look straight at the monitor to see if we’ve got away with it and have a (quiet) high five if we have.

As babies change and develop, there are always exciting and amazing moments to enjoy and treasure.

I’m holding onto these moments as before you know it, they’ll be gone, as so eloquently portrayed by Earth Based Fun in this beautiful poem.

What moments do you hold onto? I’d love to hear your thoughts.

IMPORTANT NOTICE: Breast milk is best for babies and breastfeeding should continue for as long as possible. SMA®PRO Follow-on Milk is only suitable for babies over six months as part of a mixed diet. It should not be used as a substitute for breast milk during the first six months.