Before sitting down to write about my second gorgeous girl’s entrance into the world, I had a quick re-read of her sister’s story. For the first time, I was able to think about those two days without getting upset or tearful. That’s because her little sister’s birth story has healed my heart and my mind.

It has allowed me to feel like a proper mum. A real woman. It has enabled me to regain my sense of strength and above all, it has made me realise that the difficulties Lottie and I experienced during her labour weren’t my fault. Something I had always wanted to believe, but never really did.

Looking back at the end of my pregnancy with Frankie, I had a growing sense of fear about labour. I was worried I wouldn’t be able to give the baby the birth I wanted to. I was terrified that he or she would get into distress again, or worse, that something would go seriously wrong. I wanted above anything else to have a natural birth, but if not that, then at least a calm one.

No panic buttons. No dropping heart rate. No emergency surgery. No hemorrhaging.

I was hoping to go home relatively quickly and not get stuck on the ward for days on end. Basically, I was hoping for everything that didn’t happen with Lottie’s birth, but overall, I was hoping beyond hope that my baby would be OK.

But part of me didn’t dare hope. Didn’t dare believe that any of this was possible, as I hadn’t managed it before. MW2, the midwife from the second half of Lottie’s labour, had helped me to feel absolutely useless and instilled a belief that I just wasn’t cut out to push a baby out. A weird thing for me to come to terms with, as I’d always seen myself as quite tough. I carry bales of hay around, scream at an animal who weighs over half a ton when he is naughty and was found mucking out and riding about ten days after an emergency appendix removal. I’ve never been a fairy.

Anyway, I digress. At 40+6 with Frankie, my dad went into hospital for an overnight stay to have some stents replaced, and to have a camera into his bladder to see if any of his cancer had returned. My sister was looking after my mum and bringing dad home when he was discharged, but was also due to look after Lottie when I finally went into labour, so it was something of a tense few days.

A few friends said they thought the baby knew that it needed to stay put until we had the news. And they were right. Friday morning came and we had the amazing news that there was no return of the tumours in dad’s bladder. More tests needed to be done before he had the all clear, but it was a huge step in the right direction and such a massive relief.

I celebrated by going for a sweep! We had the news, dad was recovering well from the procedure, so I was ready to get this baby out now. The midwife found that I was already 2-3cm dilated and my waters were bulging. She said that as soon as the baby turned slightly, my waters would break and the baby would be on its way.

I spent the Friday night leant over the birthing ball watching the iPad on the sofa in front of me, willing the baby to turn around. No such luck, so I went to bed wondering if it would arrive any time before it was ready to start school.

At 3am I woke up to go to the toilet and had a feeling. Just like I’d had with Lottie. At exactly the same gestation. I was going to go into labour that day.

I snuggled back into bed for a few hours extra kip until Lottie woke up or contractions began, knowing I wouldn’t get any rest for quite some time to come.

At 6am, I woke with mild period pain to feel my waters pop. There was a slight gush, then nothing more. Having already had a baby, I knew there was a lot more to come and the contractions hadn’t properly started yet, so while Mr M went into a ‘let’s call your sister and get to the hospital’ type panic, I stayed fairly calm, knowing that last time, I still had another 24 hours to go, so guessing there wasn’t really any rush.

We headed down to get some breakfast and suddenly I started getting really strong, regular contractions. I called my sister to come and get Lottie, and she convinced me to call the ward. What I had forgotten from the antenatal classes the first time around was that as my waters had gone, they wanted me to go straight in and so my zen-like state suddenly started to get a little less calm.

20 minutes later when my sister arrived, I was really starting to double over with the contractions and I was in full blown panic mode. What the bloody hell was I thinking putting myself in this situation again and having to give birth??

Low and behold, I got in the car and the contractions ground to a halt. We arrived at the hospital at around 8am and were greeted by the same midwife who had been with me for the first half of Lottie’s labour. I was secretly hoping that she might be with me for this one too as I absolutely loved her.

Because my contractions had slowed down and I didn’t have any of the waters for them to examine, (forgot I was meant to do that too) the midwives sent me off for a walk to try and get some more waters out. The walk didn’t do that, but it did start off the contractions again and by 8.30, I was back on the ward and they were coming thick and fast.

As they still had no waters to inspect, the midwife asked if I would be happy for them to do a speculum, which I was and she said she or her colleague would be back to do it shortly.

Before I go any further, I ought to tell you that during long discussions while pregnant, Mr M and I decided that we wanted to request that should she turn up, we wanted to request that the midwife who delivered Lottie did not treat me during this labour. MW2 and I did not get on. I Felt she was unprofessional, unfriendly and made some really bad decisions which put my baby in danger.

The thought of her coming anywhere near me sent my anxiety through the roof. I told the community midwives this and they all said that while it wasn’t a problem to request this, the likelihood of her being there for both labours was very slim indeed.

So mid-contraction while I had my eyes closed and heard Mr M say ‘can I have a word?’ and disappear out of the room, I thought nothing of it.

He came back in saying ‘well that was awkward’ and it turns out MW2 had indeed rocked up to do the speculum and my poor husband had to tell her not to come near me!! I don’t think it went down particularly well but I’m so glad he spoke to her. I think I would have gone into meltdown if I’d even seen her again, let alone tried to have that conversation with her!

So back came the gorgeous MW1 who found me feeling really embarrassed about our request. I’m really not one to make a fuss or criticise but I felt that for such an important situation, it was time to make a stand and do what was right for me. I needed to be calm and confident in my care for both my own sake and that of my baby.

So MW2 did the speculum and found I was 4-5cm dilated and my waters were still in tact and bulging. As she was examining me, she accidentally broke my waters and from then on, labour got ridiculously intense.

My contractions were taking my breath away and coming so fast. I was getting about 30 seconds rest between each one and after two hours, all I could think was ‘I want a break so I can have a nap!’

At about 1pm, I hit the wall. Convinced I couldn’t do it on my own, I was begging the midwives to take me down to the consultant led unit so I could have a c-section. They later told me that they are really pleased when mums hit this stage as it means the baby is nearly here. And true to form, I started pushing at 1:30pm.

I didn’t experience the need to push when I laboured with Lottie. I guess she was never actually in the right position for my body to get her out, so I was almost pushing against myself for the last four hours with her. But as soon as that sensation started with Frankie, everything that other people had told me about labour started to make sense. The urge to push is overwhelming and I was totally zoning out between contractions to ready myself for the next push. My mind and body were blocking out everything and anything and focussing all the energy on getting the baby out.

It’s an incredibly empowering feeling. Your body knows what to do and suddenly the pain and exhaustion don’t matter one bit because I suddenly got a surge of huge energy and just channeled everything I had into the job at hand.

At 2.30pm, we met our second little girl. After just six hours of established labour, we were presented with the most gorgeous human being. Frankie was, and is, just perfect and despite worrying during pregnancy about whether I would be able to love her like I love Lottie, my heart grew again to fit her inside the minute I laid eyes on her.

I cannot believe that we have been lucky enough to bring two such beautiful little girls into the world. To have the honour to bring them up, to show them the world to watch them grow and develop, and to look after them for the rest of our lives.

I was lucky enough to be on the Midwife Led Unit for Frankie’s birth, so we got all we wished for this time around – delayed cord cutting, skin-to-skin, etc. The midwife in fact left us with Frankie for about 45 minutes before she even weighed her. Time to get to know one another, to establish a new family norm, to revel in her beauty and to have a much deserved breather and cuppa. I will never forget those peaceful moments and I will be forever grateful for them. We announced her to our families, we cried and smiled and we fell in love. 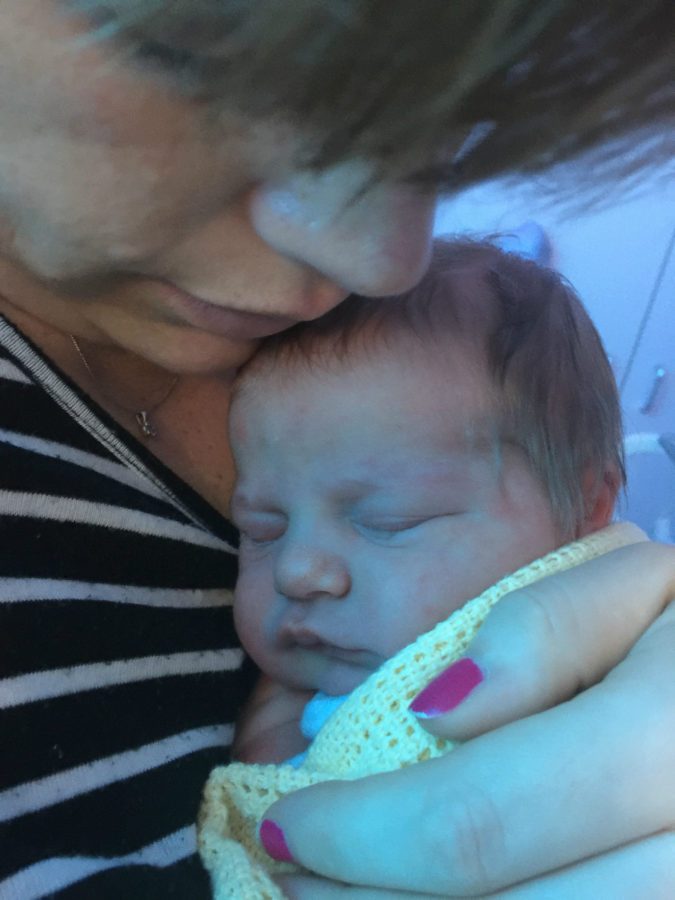 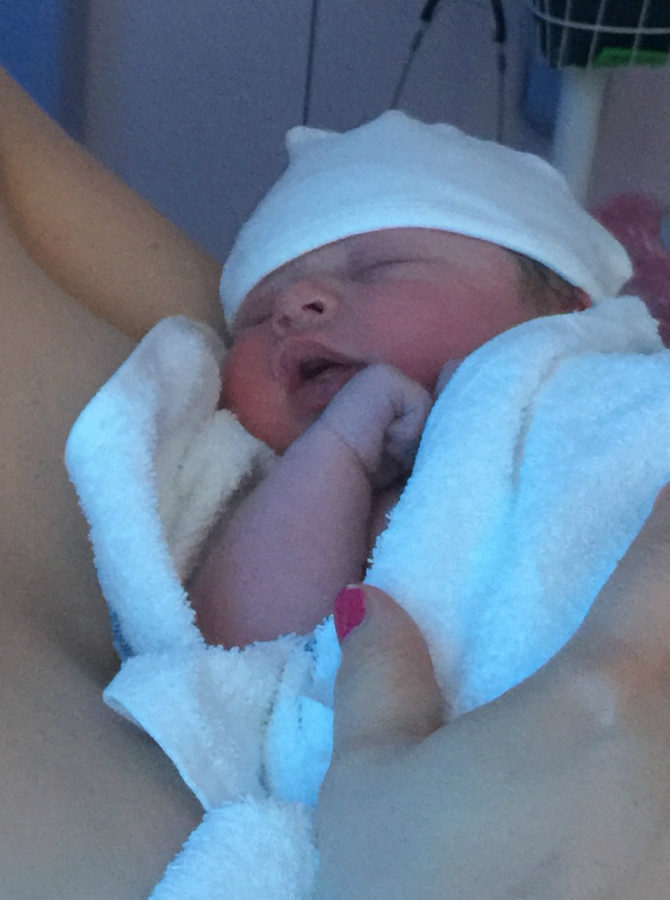 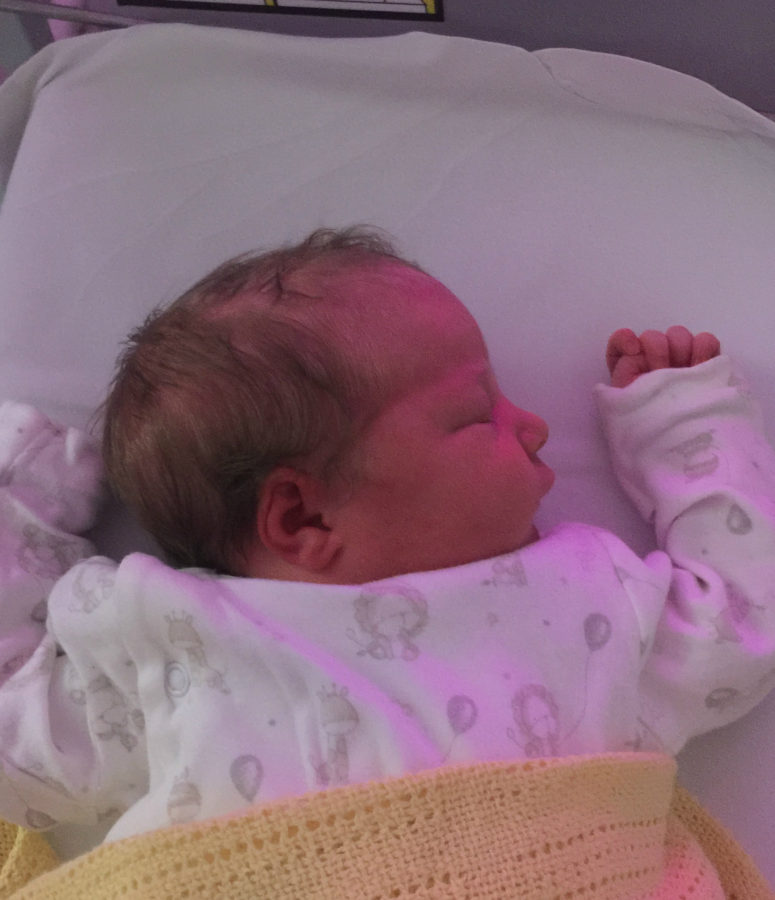 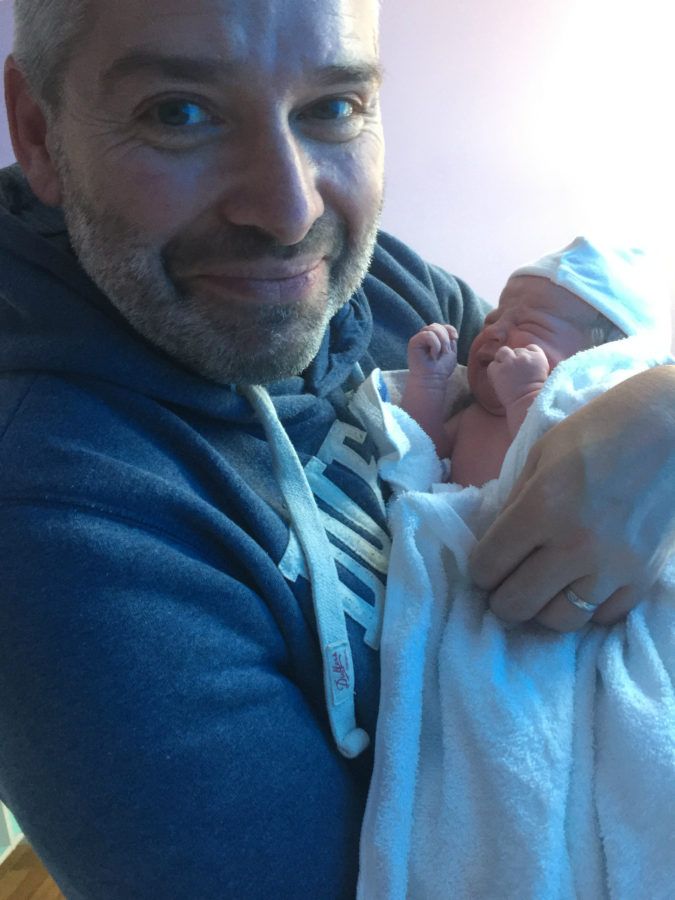