I am pretty sure most pregnant women say this regularly, and I know I definitely do, but I cannot believe we are nearly at due date. Less than two weeks to go and this pregnancy really seems to have flown by. 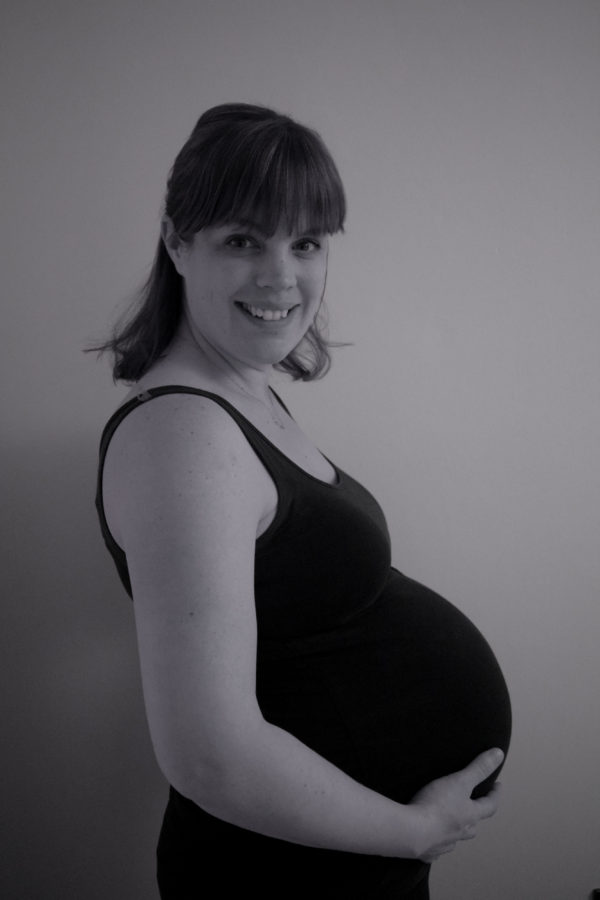 As of last week, my pregnancy was considered full term, so really Sunny could grace us with its presence at any time now. Part of me hopes labour will come on time or a little bit late. This seems like an odd thing to say when I’m this heavily pregnant, but I’ve just finished my big clean and tidy, and just have some finishing touches to do in Lottie’s new bedroom. Once they are done, I’ll be able to kick back and relax a bit more. You watch though, now that the big clean is done (even my skirting boards are sparkling), I’ll probably go into labour tomorrow.

Aside from a few films with tea and biscuits while Lottie sleeps, I’d also quite like to fit in a few more days of quality time with just her and me. It struck me yesterday, that it could have been the last full day of us as a family of three with Mr M at home. It’s really bittersweet and I know a lot of friends who are pregnant with their second feel the same – you’re so so excited to meet your new addition and grow your family, but as with most things, you’ll miss the dynamic of being just the three of you.

I also worry that Lottie will feel a bit pushed out at first. She will have a big adjustment to make, which is a lot to ask when she is so little. So far in life, she has adapted incredibly well to anything we have thrown at her and taken most things in her stride, so I’m hoping this will be no exception and we will do our utmost to make sure she doesn’t feel pushed out. My biggest worry is for when Mr M goes back to work after paternity leave as she will then have to share my time with her baby brother or sister.

I guess the other reason for not being is any rush, is that I’m still feeling pretty nervous about labour. As much as my rational side knows that every labour is different and there is nothing to say this one will be anything like Lottie’s was, the emotional side of me is scared at the possibility of going through that again. It’s weird that after birth, you put a lot of the angst and upset to the back of your mind, but as that situation looms nearer again, you are forced to face it a bit. I’ve bought a book called Childbirth Without Fear. Here’s hoping that might calm my nerves a bit.

Anyway, we’ll cross that bridge when we come to it, I guess. For now, pregnancy wise, baby is growing nicely and packing on the pounds. It’s probably around the length of a leek and all of its organs are fully formed and ready for the outside world. It’s got a firm grasp and is practising lots of sucking and swallowing ready for all of that milk when it arrives.

Symptom wise, I’ve continued much the same to be honest, the delightful heartburn, swelling, lack of sleep, constant need to pee, lack of appetite, tiredness and piles of late pregnancy continue their unwanted presence, but you kind of find a new normality after a while. I’ve been getting a few headaches and I’m getting really really itchy all over in the evenings at the moment, so I’ll keep an eye on those things and mention them to the midwife if they continue. Unfortunately, my midwife appointment for 38 weeks didn’t happen. We live in a small village and the midwife is only at our surgery once a fortnight and by the time I tried to book at 36 weeks, her diary was already full. We have some drop-in clinics though, so I may pop over this week if I feel I need checking over at any point.

That’s about it for this week – worry worry worry, heavy and waiting! Pretty standard I’d imagine…