And so I am well into the third trimester now and I have hit that famous last trimester energy dip. It’s no huge surprise really that as you get bigger and bigger and your baby is doing the same, and thus taking more from your body, that you are going to feel it. But as I am used to being busy and active and just getting on with things, it’s a little frustrating to be so limited. 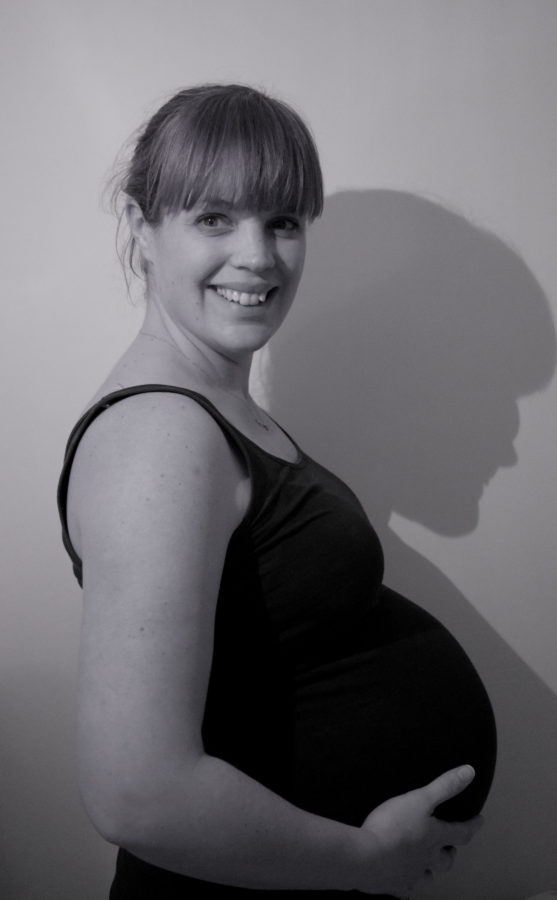 However, we have been getting on with things, albeit at a slower pace than usual over the weekend! Mr M was off on Wednesday, so we started to get some things sorted out in the house. Lottie’s baby clothes are now down from the loft and the unisex/neutral ones are all washed and folded away, with the girlie clothes in the wings until we meet this little one and find out what they are.

I did have to chuckle though as I was painstakingly folding all of those tiny clothes to try and get them as least crumpled as possible – last time around I was ironing everything at about this stage. Next time (if there is another one) I probably won’t even bother rewashing them! Poor second and subsequent babies – mama doesn’t have time for all of that this time around.

Anyway, we managed to clear out all the downstairs cupboards to put baby bits and enormous double prams in, as well as taking a carload to the tip and by the end of the day, I was broken. I had forgotten how tiring this stage was, so we spent the weekend clearing out Lottie’s new room, Mr M dismantled a big walk in wardrobe and we have been ruthless with our own clothes and shoes, with lots off to the charity shop to make room, but that was done at a slower pace with lots of breaks and I managed much better.

I’m very much a ‘get it done’ sort of person, so it’s frustrating for me to have to go slow, but I think I’m going to have to make a few changes to cope with this last few months while looking after a toddler as well.

Other than tiredness, I’m feeling pretty well. I’ve had a few more Braxton Hicks moments which have taken my breath away this week, but they have passed much more quickly than the first episode, so I haven’t had the ‘OhmygodamIinlabour’ panic again.

I’m still losing a rather disturbing amount of hair. I must admit, I’m a bit worried that what with the postpartum hair loss we all get too, I may be in the wig shop before much longer. It’s literally coming out by the handful. But I’m assured by other pregnant friends that it’s normal, so I’m hoping to hold on to some of my locks.

Sunny is getting more and more active by the day and yesterday morning I was woken up with him or her having the hiccups! Cutest. Thing. Ever. Poor little thing had them for about half an hour, and was having a good old wriggle after each one. My bump seems very one sided as it is growing with a bottom or a head most definitely on the right. I am getting a bit of discomfort under my ribs on that side and if I slouch, baby soon lets me know with a swift jab in the ribs. I’m hoping it’s the bottom up there, but will be interested to see if the midwife can feel which way around it is at my next check-up.

According to Pregnancy Calculator, baby is now about four pounds and is the length of kale, so its growing a fair amount now. It’s also practicing things like sucking its thumb and hiccuping as I found out yesterday.

I’m going to try and eat a bit more healthily this week to combat the tiredness a bit. I certainly don’t eat badly at the moment, but I’m planning to cram in some extra fruit and veg where I can rather than reaching for a biscuit. We’re also planning to decorate Lottie’s new room next weekend, and then the next job on the list is packing the hospital bags….