Back in the summer, we were contacted by the lovely people at SPILLERS to see if we would like to review a balancer feed for Ben. I’ve never used a balancer before as, despite being a delicate thoroughbred, he has always been quite a good doer and has seemed to get everything he needs from the grass in the summer and simple chaff and mix in the winter.

Now that he’s getting older though, it’s more difficult to keep that glossy coat and at times over the last year or so, he has looked a bit dull and, well, old. He is 25, so we’ll let him off with that, but I was really keen to try the balancer to see if it could help to give him those nutrients that he seemed to be missing out on.

SPILLERS has a range of six balancers for various needs, so we gave the Care-Line a call to chat through his needs etc and see which would be best for him. I can’t believe that the Care-Line is a free service really, as it’s a valuable resource for a horse owner, with no obligation to buy. The lady I spoke to went through Ben’s needs and condition, age, etc with me and we decided, due to his arthritis and general achy joints, that the Senior and Supple would be a good one to try.

The six options allow SPILLERS to tailor the balancers to each horse’s needs. The Supple and Senior provides a broad range of vitamins, minerals and amino acids to balance the everyday diet. It’s high in antioxidants, including vitamins E, C, and chelated selenium, which supports immune health and is cereal grain free and low in starch and sugar, so perfect for Ben’s slight portly tendencies over the summer.

The feed also includes 7.5g of Glucosamine, 10g MSM and 750mg of Omega 3 per 500g serving to support joint health. Ben has suffered with a variety of different arthritic conditions for about ten years now, so the more help he can get with joint health, the better. He manages pretty well, but can get pretty stiff at times and has to have daily Danilon to keep him pain-free.

I was also impressed that each serving of the balancer has 15mg of biotin, which is brilliant for helping keep hooves healthy. I’ve often bought biotin as a separate supplement as Ben has typical rubbish TB feet, so having this included would save the need for the extra cost of a supplement.

We started this feed in the summer and SPILLERS sent a measuring cup, which I was advised to measure out two and a bit of for each day. The balancer could be fed alone, or added to some chaff or the normal feed if your horse requires it. At the time, Ben didn’t need any other feed, so I decided to add it to chaff, instead of his usual handful of mix. This presented the only problem I had with the feed. Ben didn’t like it. I’m not sure if it was too bland just with the chaff, or if he didn’t like the taste of it, but his first response was to kick the bucket over, stamp on the feed and go and eat his fieldmate’s dinner instead.

Not a good start. I had only added one cup to the normal amount of chaff, but perhaps that was too much and I should have added it more gradually. Ben will usually eat anything, so I was a bit surprised by this, but they did have really good grass at the time, so I guess he wasn’t that hungry and had the option to be fussy.

From then on, I added it to his normal mix and chaff and introduced it much more gradually and he accepted it eventually, but the most he would tolerate per feed was one cup, opposed to the prescribed two and a bit, so I didn’t hold out hopes for a miracle. Of course it also took us a lot longer to get through a sack of the balancer as we were only using half the usual amount.

Despite my horse’s fussiness, I cannot recommend this product highly enough. Ben has been fed this for the last few months, and we are now into the colder months when he would usually start to drop condition and look a bit dull and old, and he is shining like a conker with sparkling eyes and a glossy mane and tail! 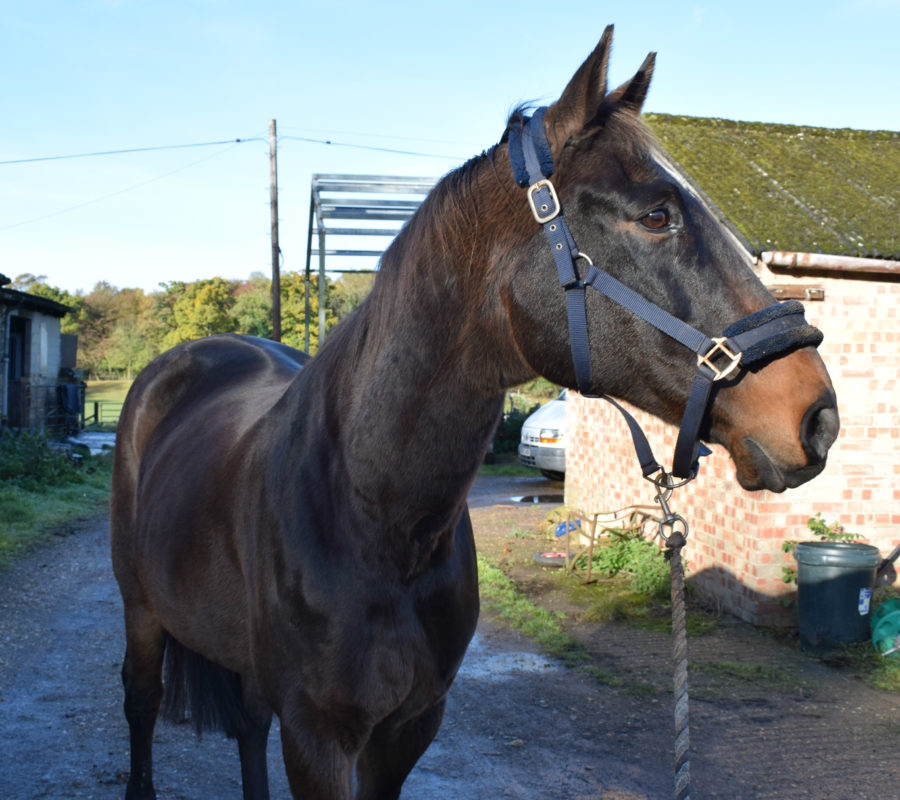 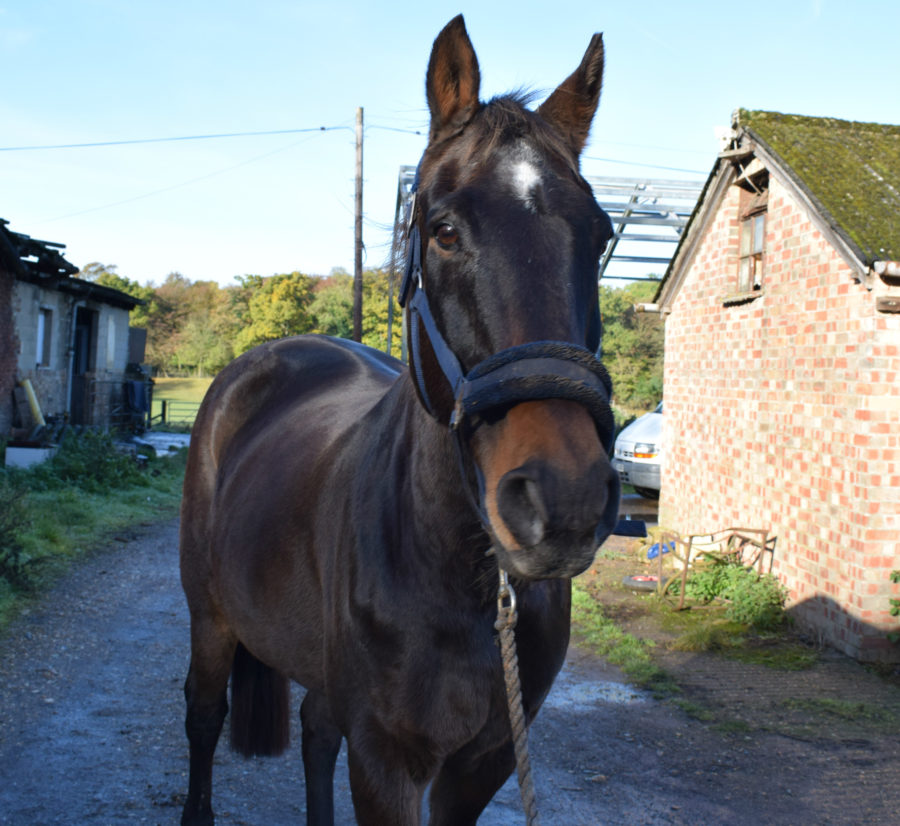 For an arthritic 25 year-old in November, I am delighted with how well he looks.

But more than that, he has been moving so much better. Yes, he is still a bit stiff when he comes out of his stable in the morning, but he gets going by the time he gets to the field, whereas he used to just stand in the gateway for ten minutes or so before he got moving. Now he’s straight off down the field without hesitation. AND I have stopped feeding the Danilon for the past few months, so this is purely down to the Glucosamine and MSM in the balancer as far as I can see.

Apart from the joints, he seems really well in himself as well. He’s bright and alert and relaxed. Ben is not a lover of the winter, so by this time of year, he is quite often quite grumpy, but there’s been no signs of grumping so far. 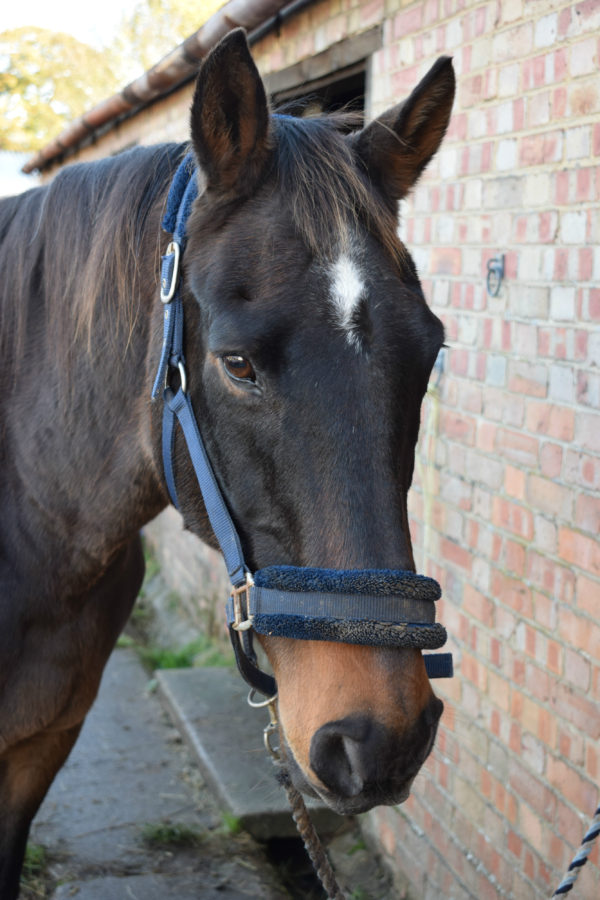 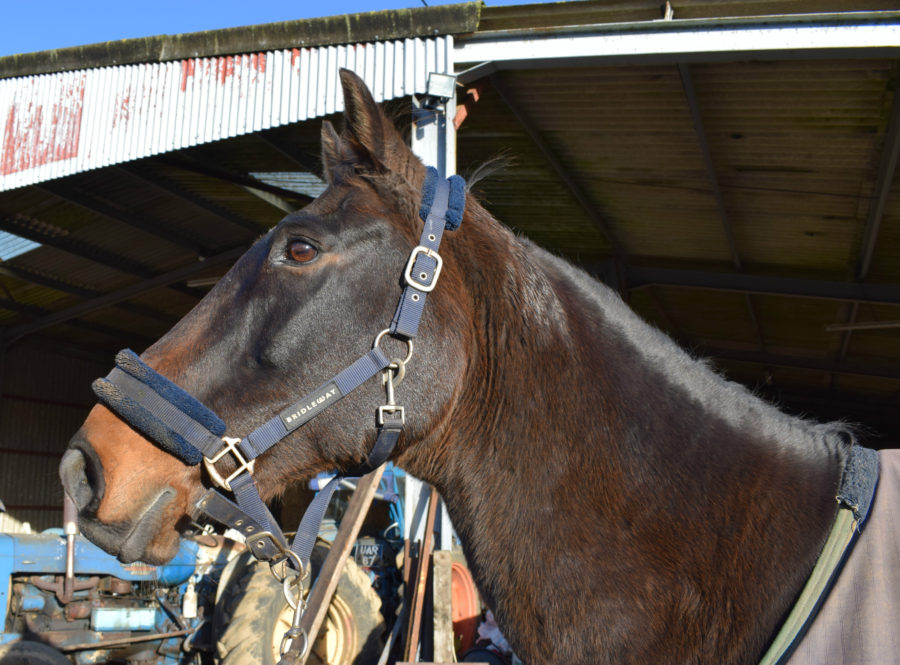 The RRP for a sack of the balancer is £37.99, so it’s not a cheap feed, but it does last well and I’d say it is worth every penny for the results we’ve seen. I wonder if he’d have looked like a yearling if he’d been less fussy and eaten the full amount!

Disclosure: We were sent the feed for the purpose of this review, free of charge, but all opinions are our own and a true reflection of our experience.