Unless you’re A list, with a personal trainer, nutritionist and stylist to boot, I don’t think your own weight, image or fitness tend to be  a priority in the first weeks after giving birth. For me, it wasn’t until the initial exhaustion from Lottie’s labour and the sleep deprivation had passed a bit, that I started to really look at how my body had changed after having a baby.

I remember being a tad horrified by the number on the scales about two weeks postpartum, but then not really doing much about it for another month or so. I expressed milk for about six weeks with Lottie, but I also ate my body weight in snacks, chocolate and treats. I think you are so exhausted in those early days that your body craves sugar for energy (well mine definitely did anyway and I’m sticking to that excuse!) 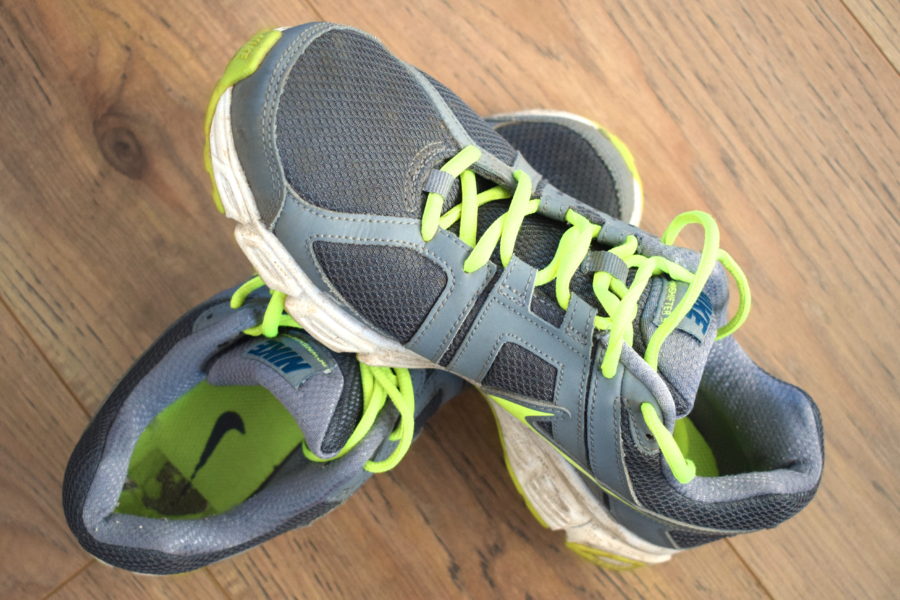 When I did get back on the scales, I was pleasantly surprised to see that I’d lost a fair amount of weight. My body was starting to feel a bit more like my own again. My bump was largely gone, I was really lucky not to get any stretch marks and my injuries were healing.

Fast forward nineteen months and I found I was another stone heavier after giving birth to Frankie than I had been after Lottie and my body was unrecognisable to me. My tummy is still really big compared to pre-babies, I have extra weight pretty much everywhere and none of my clothes are fitting. Pre-pregnancy are far too small and maternity clothes are too big.

I’ve also found that my skin is really bad. Luckily I’m not getting spots as such, but my skin on my arms is all bumpy, my complexion is dull, as is my hair and I feel generally pretty yucky.

I was more than a little shocked to see a few weeks ago that rather than going down, as it did with Lottie, my weight has continued to gain to a higher number than I have ever seen on the scales in my life. Perhaps it’s due to not breastfeeding or expressing this time. Perhaps it’s because two under two is a tough gig and cake and wine are my comfort and sanity, or perhaps it’s the lack of time that leads me to ready meals, pies and snacky food instead of decent nutritional meals. Perhaps a second pregnancy in as many years was too much for my body to just expect it to bounce back… perhaps it’s a mixture of all those things.

Whatever the reason, enough is enough. I don’t want to look in the mirror in a year’s time and not recognise myself. I’ve always battled a bit with my body image. I like food, but it doesn’t really like me and I put on weight really easily. I also pick up bad habits really easily and I need to check myself from time to time. But even being bigger than I would like most of the time, I’ve always been healthy, and right now I’m not.

I’m not beating myself up. I’ve created two lives. I’m not going on some crazy diet and fitness regime – I have two children, a house and a horse to look after, I don’t need any added pressure. But I am ready to get healthier again. To be a good role model to my children. To feel good about myself. To fit into my clothes again and to feel well. I doubt I’ll feel energised any time soon as I’m still doing night feeds and running around after a baby and a toddler, but hopefully I’ll start to feel a bit better soon.

I’m also not aiming to be a size eight or super skinny, as that isn’t my idea of beauty. But I want to be healthy. I’m a child of the ’80’s so the chances are, I’ll still be on the scales every week, but I don’t have a target weight. I’m not calorie counting, I just want to be healthier and feel better.

I think it’s really important to realise that as a mum, your body will change and I’m not ashamed of that. I’ll never be the size I was when I was 21, but I’m not too worried about it. My time and energy is better spent looking after my girls and enjoying time with my family, but I do want to be healthy and fitter, in order to be the best mum I can be and also to feel more like me again.

So, I’m writing it here to make myself accountable. But also so that I can update monthly to see how well I have or haven’t done, to motivate myself and hopefully to track the improvements.

Drink some water – I’m terrible for diet coke and coffee.

Replace one coffee a day with a green tea

Get some moderate exercise in every day. At the moment, this is likely to be walking as I don’t have any time without the girls and when they both go to sleep at night, I’m collapsed on the sofa, not putting a workout DVD on. Hopefully as Frankie settles into a routine, I’ll get some time where they’re both asleep and I can do bit more, but for now, walking is the most realistic.

Stop drinking during the week – I’m partial to a glass of wine after both girls have gone to bed, but the calorie content is huge (one large glass is equivalent to a slice of cake apparently), and it doesn’t help the tiredness stakes the next morning, so I’m going to keep that as a weekend treat now.

Stop going off-piste quite so much on the weekend – I’m terrible for sabotaging my own good work during the week by eating and drinking rubbish all weekend, so I’ll allow a few treats, but try to stick to healthy eating at least.